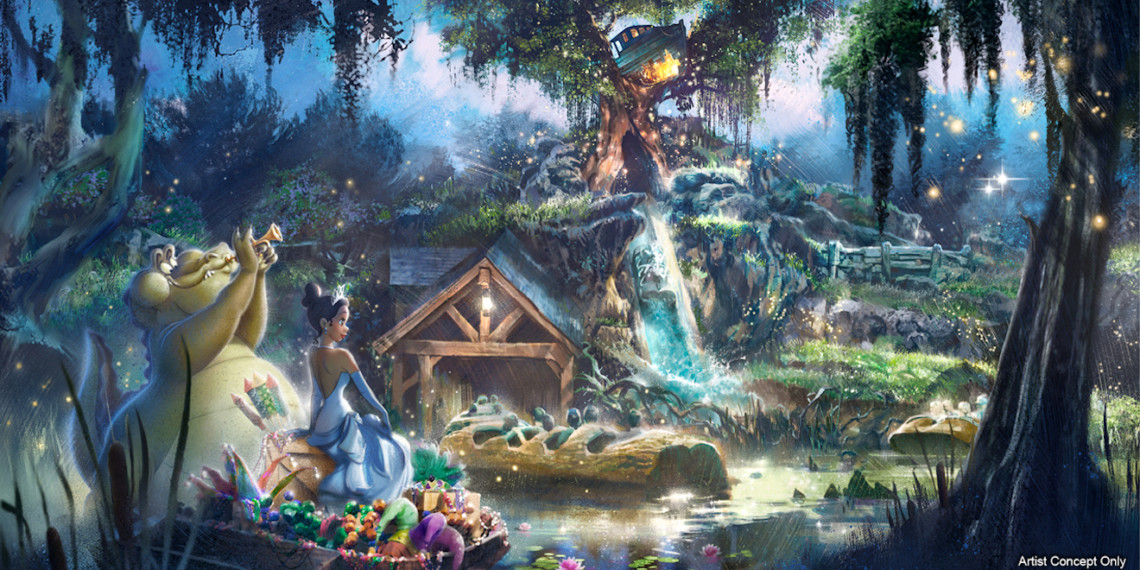 Concept art of the new Princess and the Frog storyline planned for the attraction. Disney

The Dixie Chicks Drop the “Dixie,” While Disney Plans a Splash Mountain Overhaul

In what’s been called a “diversity revolution,” brands and organizations are continuing to shed elements of their past that are still rooted in problematic racial stereotypes. Most notable in today’s news were two decisions from the entertainment world.

The Dixie Chicks elected to drop the “Dixie” portion of their name, making them just “The Chicks.” The country music group did so quietly and without any official announcement, simply posting a statement on their website saying, “We want to meet this moment.”

Meanwhile, Disney Parks’ Splash Mountain is getting a long-overdue overhaul. The ride’s story is currently based on The Song of the South, a movie that the company has long disavowed due to its setting in the Reconstruction Era South and its many slavery-era stereotypes. The “completely reimagined” ride will instead be themed after The Princess and the Frog, which features a Black heroine who is also an entrepreneur.

Influencer-Led Apparel Brands Seemed Like the Future, but Execution Is Proving Complicated

Successful influencers fronting apparel brands seems like a logical next step, but running a clothing line is no easy task, and it can be difficult to achieve major monetary success in today’s rocky retail landscape. The reward, influencers are finding, may not be worth the effort, especially if they already earn good money on content creation. Julia Berolzheimer, for example, decided to end her successful Gal Meets Glam Collection after complications and disagreements with wholesale partner Maggy London. When a brand invests in a collection, it expects a return on its investment, which means the influencer doesn’t call the shots anymore.

Inside the rift: Learn how the divergence between a brand’s goals and an influencer’s can ultimately drive them apart, plus other challenges these influencers face.

Major brands including The North Face, Verizon, Eddie Bauer, Upwork, Ben & Jerry’s and more have been piling onto an advertising boycott of Facebook for the entire month of July. Initiated by racial justice advocates, the #StopHateForProfit campaign seeks to pressure Facebook to do something about hate speech and misinformation by users and world leaders on the platform.

The difference: Facebook ad boycotts are nothing new, but this effort is shaping up to be larger and more unified than previous ones.

Jeep’s Groundhog Day Super Bowl spot with Bill Murray was an audience and media favorite. It almost didn’t air, with the pieces falling perfectly into place to make it a reality. Then, Murray returned for a trio of follow-up spots in April and May with quarantine spin. It just so happens that it’s really hard to get Murray to star in ads, much less contact the notoriously tech-phobic actor. But FCA CMO Olivier Francois pulled it off—not to mention the challenge of shooting an ad during lockdown—thanks to more good luck, the clever use of material from the previous shoot and a good relationship with Murray.

How they did it: The stay-at-home, PSA-style messaging also allowed for some production savings.