From print to TV and merchandising, Adweek's Media Visionary is synonymous with domestic arts 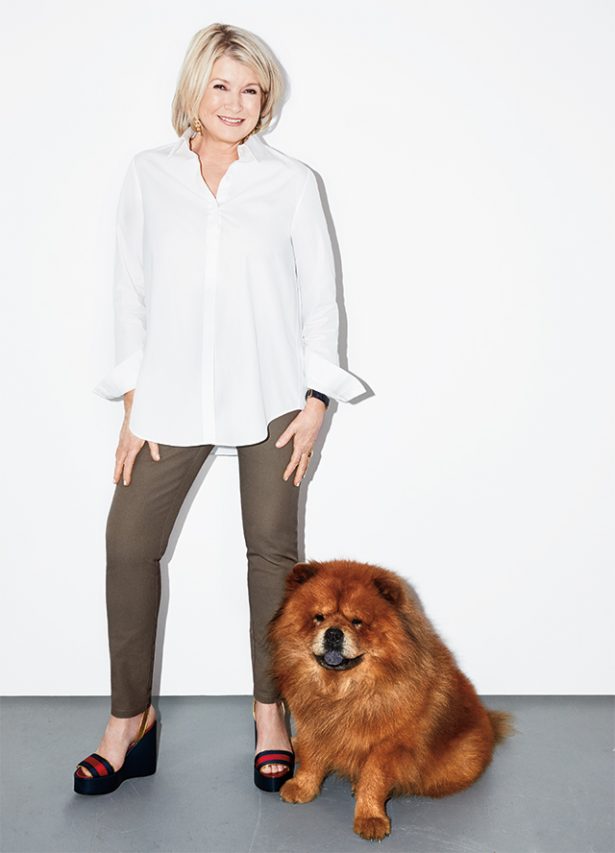 On a recent fall morning, Martha Stewart’s New York offices look quintessentially like, well, Martha Stewart. Ensconced in Manhattan’s historic Starrett-Lehigh Building, a former freight terminal with soaring ceilings and eight miles of towering glass windows, the sun-drenched headquarters of the doyenne of domestic arts are as attractive and meticulous as one would expect. Rows of magazines fan out neatly on a coffee table, cookbooks stand like sentries in a nearby cabinet and staffers shuttle professional cooking equipment into the on-site test kitchen.

It’s not just a clean, well-lighted space; it’s an incomparably busy one. This is, after all, headquarters to Stewart’s sprawling media empire. Everything that will bear the Martha Stewart name gets a careful vetting first, and it gets it here. For more than 30 years, Stewart’s name has been synonymous with good taste in living and entertaining. Indeed, the wonder of Stewart’s empire isn’t so much its size but its diversity. A bona fide living brand, Stewart has put her imprimatur on everything from toothbrush holders to recipes for the perfect soufflé, and on every platform you can name—print, books, television, the web—somehow, the whole time, without making the brand itself seem overextended.

“It just proves that the omnimedia model, which we pioneered way back in 1989, really did work,” Stewart says. “The consolidation of the magazine world, the print world, the books, the television, the merchandising and the internet—all of those things actually did go together despite a lot of naysayers who didn’t think that they would.”

Stewart has earned the right to be a little smug. When she began building her dominion—starting with the inaugural issue of Martha Stewart Living, published by Time Inc. Ventures in the winter of 1990—the homemaker handicrafts that she championed felt like throwbacks to a forgotten era. But Stewart’s aim wasn’t just to resurrect the domestic arts, but to make them fresh: chic but also accessible. That first magazine cover featured a sweater-draped Stewart with the cutline: “Let’s create new holiday traditions.” 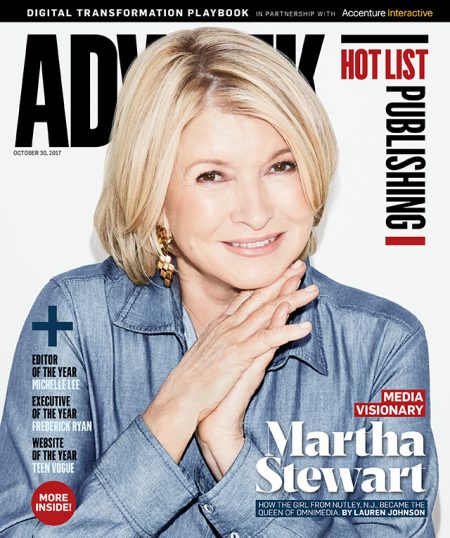 Time Inc. execs used the issue as an experiment to see if audiences were interested in Stewart’s how-to approach to cooking, gardening, entertaining, crafting and home-keeping. They were: the magazine quickly grew into a monthly famed for its beautiful photography and ambitious projects, all filtered through the confident and encouraging voice of Stewart herself.

“Martha approached it from the point of view of what’s real and it was important to photograph something as it was happening and how it really came out,” says Gael Towey, who helped launch the first issue and worked for 22 years at Martha Stewart Living Omnimedia (MSLO) in creative and executive roles. “Martha brought an incredible sense of the importance of teaching, sharing and being correct.”

In fact, Stewart had been doing those things long before she became a household name. Born Martha Kostyra and raised in working-class Nutley, N.J., Stewart earned a history degree at Barnard and worked as a Wall Street stockbroker before moving with then-husband Andy Stewart to tony Westport, Conn., where she taught herself to cook and started a highly successful catering company.

A series of best-selling entertaining books opened the door for more ambitious projects, including a TV show created with Group W Productions starting in 1993. The airwaves had never seen anything quite like it: a home-ec virtuoso proficient in everything from arranging flowers to baking tarts, filmed inside her Federal-period farmhouse in Connecticut. She demonstrated how to properly make a bed and cook gravy from scratch. Before decorating a room for Thanksgiving, “I’ve scoured the yard picking crab apples, and quinces from the quince trees,” she chirped (as though everyone had quince trees). Stewart baked pies, gathered eggs, restored furniture and created an inexhaustible supply of household helpers—sewing kits, felt rounds for plates—of which she proclaimed, “It’s a good thing.” Stewart powered through the initial skepticism to create a show that ran for 13 years and won 13 Emmys (and since then, 18 in all). 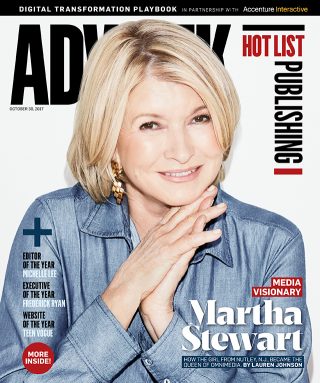