Last month, Business Insider published an article headlined “Why Advertising’s Most Powerful Creative Thinks So Few Women Are Able to Break Through,” quoting Susan Hoffman, ecd of Wieden+Kennedy, as saying: “I went to The 3% Conference, but I didn’t see a lot of great work there. I didn’t see a lot of portfolios, but the few I saw, it was like, ‘Well, I know she’s a woman, but I don’t think I’d hire her.’ I’m sure there’s talent out there, we just have to dig, dig, dig.” 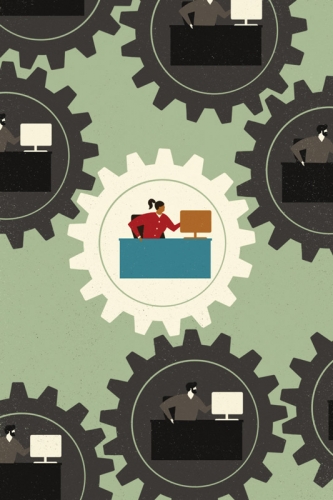 Actually, The 3% Conference (mission: “Building The Business Case for More Female Creatives”) isn’t a portfolio review, as founder Kat Gordon will confirm. And what Hoffman talks about isn’t a gender problem. It’s a “How we define what constitutes great work in a male creative leadership-dominated industry where what is deemed creative is set and reinforced year after year by predominantly male ecds, creative directors and creative awards juries” problem.

That’s a problem because our industry is failing to tap a huge source of creativity with the power to redefine our product, the way we do business, how we make money and how we positively influence popular culture. I call it the New Creativity, and it’s female-informed.

Stuart Elliott covers agency startups and New York office openings in his advertising column in The New York Times. Last year, every announcement featured an all-male founding/management team lineup (virtually always all-white). When I called each one out on social media, responses ranged from the odd shamefaced “You’re right” tweet to (most often) deadly silence. Only Mike Duda, the new CEO of Johannes Leonardo, acknowledged this was an issue and reached out to me to ask for help in changing it.

Men feel more comfortable working with, hiring, promoting and co-founding agencies with other men, and they do this unconsciously. Working with/hiring/promoting/co-founding with women is uncomfortable—because we’re “other.” We have different perspectives. Women ask tough questions that disrupt the closed loop of white guys talking to white guys about other white guys. We challenge the status quo because we’re never it. Right now, that challenge is exactly what our industry needs.

When Anne Bologna left her managing director post at MDC in April last year, I urged her to start the holding company of the future. I’d seen Anne in action at MDC, and I was very impressed. I saw an opportunity for her to leverage her experience and business creativity into reinventing the holding company concept. Plus, in my entrepreneurial endeavors, I’ve come across plenty of people interested in funding the future of advertising—or rather, funding anyone with the creativity, the experience and the confidence to invent the future of advertising. Ultimately, TripAdvisor made Anne an offer she couldn’t refuse—but the opportunity remains.

In one 10-minute conversation with Susan Credle, ecd of Leo Burnett, at Advertising Week 2013, I heard more radical, innovative creative thinking that could benefit our industry than I had on any (white male-dominated) stage all week. The New Creativity that can be applied to inspire not only more creative product but more creative ways of producing it.

Applying female-informed perspectives to redesign the way our industry works and makes money and creates a happier, more creative and more productive working environment for all of us.

Want to start tapping the New Creativity? Here’s how:

• Identify the areas within your agency/business/holding company that are all-male or male-dominated. Change that.
• Don’t change it by hiring or promoting just one woman. She’ll be isolated and surrounded by the status quo and will have to adapt to it, and she won’t be able to make a difference. Two women doesn’t work either. Make it at least three. Three or more women at the top of your creative department, on your management team, on your board begin to make a real difference and change the environment, the culture and the output.
• Do this on merit. (Nobody is suggesting for a moment that you hire or promote women just because they’re women.) Actively search out the talent overlooked in your agency because it doesn’t fit pattern matching. Tell recruiters you want to see an equal number of brilliant male and female candidates for every brief. Demonstrate publicly that you’re part of the New Creativity. You’ll attract the best women—and the best men.

Out of discomfort comes greatness—for all of us.

Cindy Gallop (@cindygallop) is the founder and CEO of IfWeRanTheWorld/MakeLoveNotPorn and former chairman of BBH New York.