Here’s Why Brands Are Speaking Spanish in General Market Ads 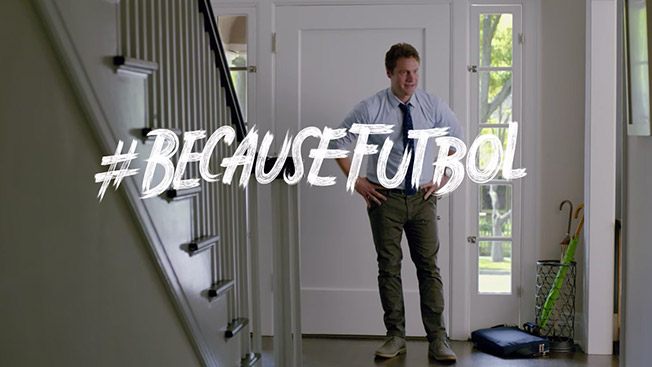 Sure, it's not a coincidence that brands like Hyundai, ESPN, Corona and Dish Network have run general market TV ads in both English and Spanish during the World Cup, but that isn't the whole story. Marketers also have been moved by the high crossover appeal of such efforts and the multicultural nature of the millennials they're trying to reach.

Some brands, like Hyundai and Corona, have run versions of the same ad in English and Spanish, while others, including Dish and ESPN, have taken a Spanglish route, weaving Spanish and English words and phrases into single ads. Either way, the key is to have a universal message that will appeal to both audiences.

The shift toward mainstreaming Hispanic marketing coincides, of course, with explosive population and spending growth among Hispanics in America. Hispanics now comprise 17 percent of the U.S. population (up from 13 percent in 2000) and collectively spend more than $1.3 trillion each year, according to Nielsen and AHAA: The Voice of Hispanic Marketing (formerly the Association of Hispanic Advertising Agencies). And those numbers will likely continue to grow—with or without World Cup play.

Like Corona, Hyundai produced a new ad from lead agency Innocean USA in both Spanish and English. "We always consider each ad case by case," said David Matathia, director of marketing communications at Hyundai. "If we tap into a story or insight that's universal, then we'd definitely do it."

And while millennial appeal wasn't the main motivation behind Hyundai's strategy, Matathia acknowledged that within that age group, "to some extent there's greater acceptance, there's a mixed perspective that allows [bilingual ads] to work."

The high crossover appeal of the idea behind "Juego Bonito," a new Dish ad from Havas Worldwide, gave rise to blending Spanish and English words into a single execution, said Dish chief marketing officer James Moorhead. "The continued growth of acculturated Hispanics in the U.S. is creating a unique dynamic," Moorhead added.

ESPN's mainstream Hispanic efforts include two ads featuring Pitbull around the NBA Finals and two "This is Sportscenter" ads for the network—the second time that lead agency Wieden + Kennedy has gone bilingual in the long-running campaign.

"We know that Hispanic Americans like to see themselves represented in general markets as well as in the creative that is targeted to them on our Spanish speaking outlets," said Aaron Taylor, svp of marketing at ESPN. "And if you're talking about the other m word, 'millennial,' the composition of that audience is inherently multicultural. In order for brands to resonate with a younger, millennial, 18- to 34-year-old [and even younger audience], it's important for us to appeal to them in a way that reflects the world that they live in."