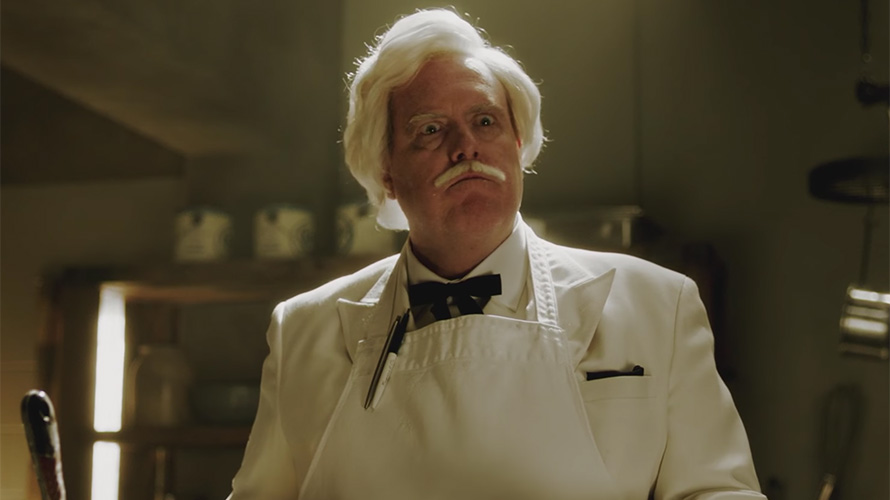 If you wish you could learn about the history of Colonel Sanders’ odd jobs as explained by a drunk person, fear not. Comedy Central and KFC have partnered to give you an explainer that will air during tonight’s season finale of Drunk History.

The branded content, along with outtakes and bloopers, will appear across social media platforms, Drunk History and Comedy Central.

“Drunk History, as a show, really believes in telling interesting, and in some cases, well-known and in other cases little-known stories from history in an entertaining and humorous way,” said Michelle Zoni, svp, Viacom Velocity, later adding, “We knew Drunk History was the perfect fit. And that’s not something we can say often given the nature of the show.”

After looking at dozens of old photos and going through the archives, executives realized “we had something special on our hands,” Zoni said.

In the style of Drunk History, the two-minute and 30 second bit, created by Comedy Central, will appear as a pod takeover during tonight’s episode, which will air at 10 p.m. ET on Comedy Central.

With Steve Berg narrating, the video walks viewers through previous jobs Sanders had throughout his life before founding Kentucky Fried Chicken at age 65. It features comedian Steve Agee as Sanders and Drunk History creator Derek Waters.

“We think it tells the story with a wink and a nod in way that people will be entertained,” said Steve Kelly, director of media and digital, KFC U.S. “We’re not just taking advantage of their audience. It’s a win for both sides, but also to make a meaningful impact for our brand.”

The price of the campaign was not disclosed.

“There are few brands that can really do something like this and have it come through naturally, and very entertaining,” said Jeff Wolfe, vp, creative lead branded content, Spark Foundry.

At the end of the bit, Waters and Berg poke fun at the sponsored content.

“No! Of course not,” Berg replies.

“And that’s cool!” Waters said, as the cameras show KFC tattoos on their faces.