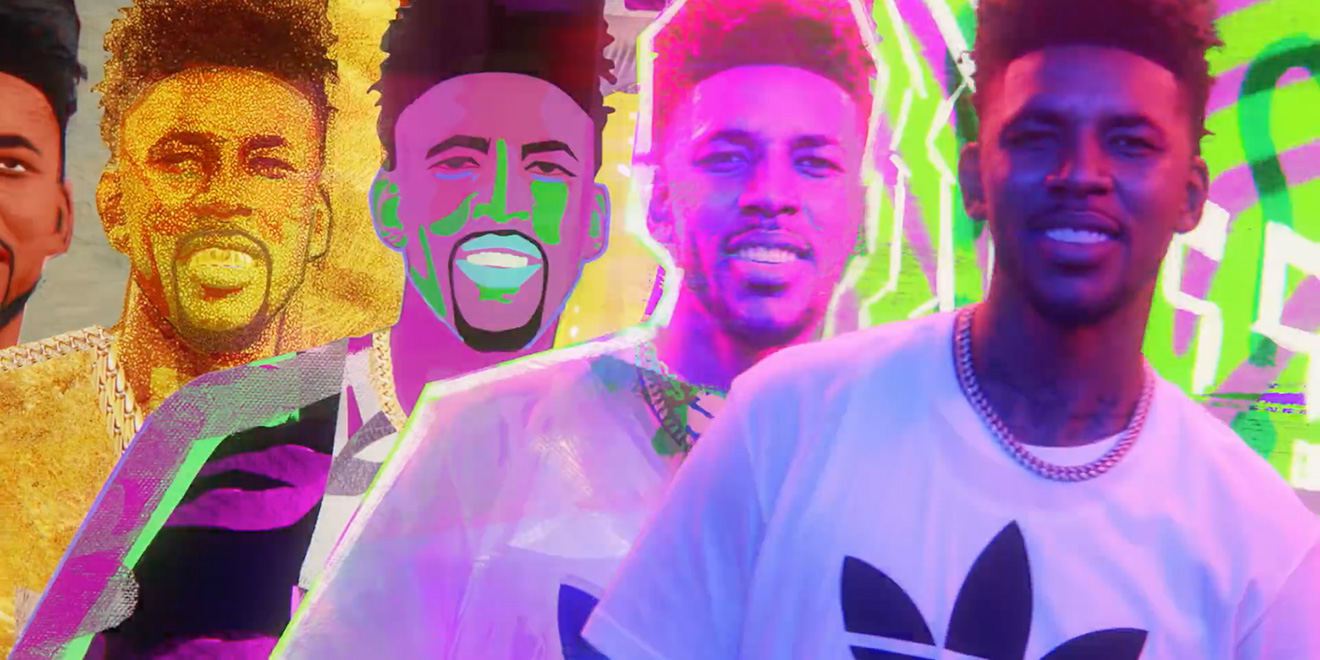 Adidas Originals boldly celebrates the creative spirit and its ability to break through demoralizing cycles of complacency in a dazzling new brand video. Developed by Johannes Leonardo, the 90-second spot resonates with thrilling sights and sounds, and packs plenty of star power.

That’s because the spot, both inspired and propelled by Inaya Day’s percussive club track “Keep Pushin,” makes the point that true creators never really finish their work. Instead, they’re constantly striving, stretching and challenging themselves, reimagining what’s come before, never satisfied until their own unique visions spring to life.

Directed in dizzying, at times psychedelic style by Iconoclast’s Manu Cossu, the cavalcade of quick-cut imagery begins with a young dude who symbolically rejects conformity and outmoded ideas. He walks over and kicks aside video monitors, their screens flashing scenes from old Adidas brand films. At the film’s conclusion, a young woman kicks the monitors, indicating that a new cycle has begun.

There’s also a half-minute version that ratchets up the intensity.

“We began the process with a focus specifically on music,” Alegra O’Hare, vp of global communication at Adidas Originals, tells Adweek. “When we came across the track ‘Keep Pushin’ by Inaya Day, it really hit home for us. As a brand, we are always striving to push forward, challenging ourselves and the idea of the status quo. It was the title words ‘Keep Pushin’ that echo throughout the song that ultimately led us to explore the idea of repetition and the relation to complacency which stifles creativity.”

Adidas and Johannes Leonardo have had great success focusing on music before. They took home the top music prize at Cannes last summer for their reimagining of Frank Sinatra’s “My Way.”

For the new spot, the team also drew inspiration from “a new generation of creators who believe that they are in a constant state of beta,” says Johannes Leonardo creative director Matt Edwards. “It’s this attitude of being noncomplacent that fuels these influencers of street culture. What feels like a life on loop is quickly replaced by the belief that repetition should lead to iteration. It’s fine to do the same thing over and over, but it’s crazy to think the results will differ. During the film we see through subtle art direction cues and wardrobe changes how each person propels their craft and themselves forward.”

One example concerns the evolution of an Adidas product. The film’s opening shots show the TV-screen-kicker wearing a vintage EQT 1993 basketball shoe. At the end of the commercial’s metaphorical odyssey, the young woman who kicks the monitors wears the new EQT BASK ADV.

Of course, most viewers won’t spot that detail. And they may scratch their heads over the sequence with folks ascending a shiny mountain of multicolored baubles and tchotchkes. Adidas tells us those are the “symbols of success,” representing the notion that transcendence requires the rejection of validation.

Whatever. The spot’s broader message still resonates, its assault on the senses vibrantly echoing today’s nexus of music, technology, fashion and sports that drives innovation and commerce on an international scale.

“In order to create the effect we wanted for the visuals to match the narrative, we had to run the camera on a set path over and over again while our influencers performed,” says Edwards. “Some of these set-ups were simple if the action was the simple—but some, like the skateboarding, were more intense. With a little bit of math, a lot of wishful thinking and a lengthy postproduction schedule, we were able to piece it all together.”