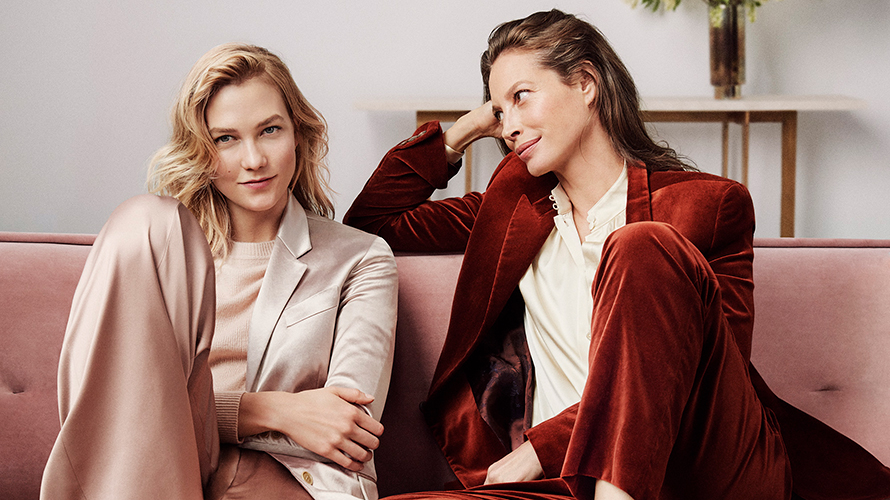 Cole Haan doesn’t want to be part of the fashion world’s “sea of sameness,” according to David Maddocks, chief marketing officer and general manager of business development. Instead, it wants to create “inspirational” yet “attainable” work that motivates women to pursue their passions—while, of course, wearing Cole Haan’s latest collection.

That’s why the brand’s latest campaign, “Extraordinary Women, Extraordinary Stories,” focuses on Christy Turlington Burns and Karlie Kloss. While yes, both women are known for their work as models—Cole Haan is a fashion brand, after all—they are also known for their impact on communities outside of fashion. Turlington Burns in 2010 founded Every Mother Counts (she won Adweek’s Brand Genius Brand Save award in 2015), which provides access to maternity care for mothers around the world. Last year, Kloss founded Kode with Klossy, a scholarship and coding camp for young girls. (Cole Haan made contributions to both organizations as part of the brand’s partnership with Turlington Burns and Klossy.)

The new campaign, created by Cole Haan’s in-house creative team, is “meant to redefine what it is to be advertising in this category,” said Maddocks. “So much is about presenting and asking the customer to want to look like the subject in the ad, and our idea is to suggest that anyone can be like these two individuals.”

Maddocks added: “That sort of jiu jitsu move of using two icons—two supermodels—but to talk about values that we can all have in our everyday lives, I think that is pretty aspirational. It’s also attainable, which is a neat part of the conversation we’re having. It’s not meant to be out of reach. It’s meant to be in reach.”

Photographer Cass Bird shot the short films (see a three-minute spot below) and stills (using an Olympus film camera) for the campaign.

The brand also revamped its media strategy, working with Giant Spoon, to show up “where the customer is but not necessarily where she might expect to see us.” That means taking over subway stations in New York (at the Rockefeller Center and World Trade Center stations), popping up on podcasts (with 30-second spots on WNYC’s Two Dope Queens; Note to Self; Death, Sex & Money; and Nancy) and creating custom content with media properties like Lenny Letter and Refinery29.