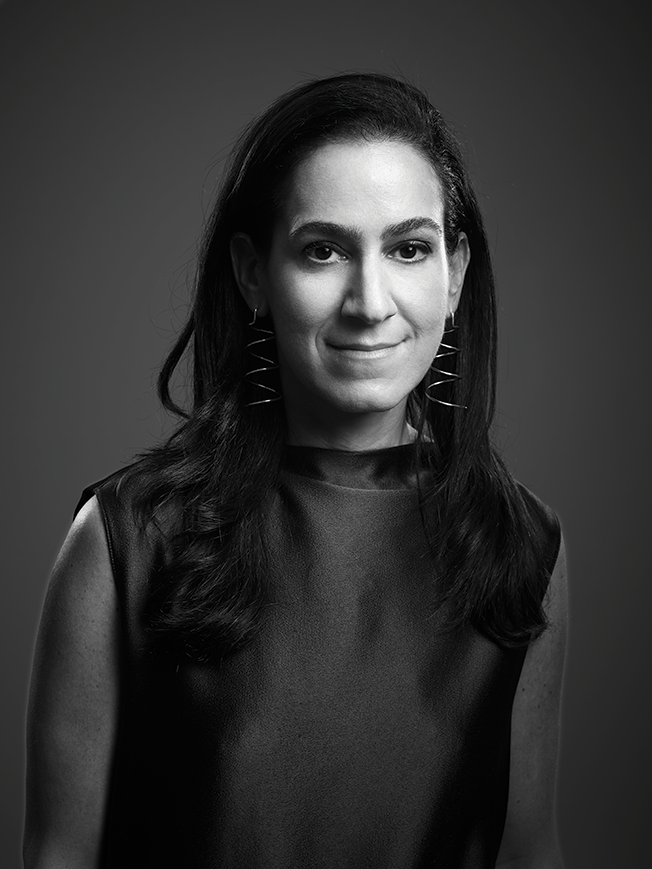 Whether you've used its famous 3-Step System, spotted the unmistakable pale yellow of its Dramatically Different Moisturizer Lotion on your mother's vanity, or gotten a whiff of its best-selling fragrance Happy, there's a good chance you've had some experience with Clinique. Launched in 1968, the results-focused company has become one of those iconic brands that's part of the beauty culture.

If there was one blemish, it was that while Clinique had legions of fans, Estée Lauder wished more of them were millennials. And turning a younger generation onto a legacy brand was a job that fell to Jane Lauder. The granddaughter of company founder Estée Lauder, Jane Lauder joined the business in 1996, eventually rising to oversee brands including Origins, Ojon and Darphin. In 2014, she was named global brand president of Clinique.

At the time, the beauty industry was undergoing a major transformation thanks to the influx of millennial consumers that, unlike their boomer and Gen X predecessors, favored ecommerce and retailers like Sephora and Ulta over department store beauty counters. They also favored niche brands and products. That presented a problem for Clinique, with its no-nonsense ethos and understated packaging. "We're a brand that has very high awareness in the U.S.—over 90 percent—but we're definitely thought of as a dermatological brand, very functional, the one you go to when you have a problem," Lauder says. "The question became, how do we make sure we're breaking through and connecting emotionally, too?"

Lauder and her team developed a series of campaigns that would resonate with young women on a more personal level—and on the platforms where they'd be found. Central to the effort was Face Forward, a global digital campaign promoting the 3-Step System. Clinique tapped millennial influencer Tavi Gevinson and DJ Hannah Bronfman for ads that ran on the web and social channels like Twitter and Instagram. The young women shared their stories and advice, and encouraged others to do the same using the #FaceForward hashtag.

Lauder also launched The Wink, an online magazine featuring lifestyle coverage, career advice, interviews with influential women and, of course, lots of beauty tips. "It used to be that you'd get information from a beauty counter or a magazine editor," Lauder points out. "Now, people are coming to us for that advice."

Aside from promoting existing products, Lauder has worked on campaigns to support the launch of new items tailor-made for younger consumers like the Pep-Start skin care line. Sold in the U.S. exclusively at Sephora and on Clinique.com, the items are packaged in fun, brightly colored packaging.

In addition to traditional print ads, Clinique experimented with tactics like an Instagram sweepstakes, which got more than 400,000 impressions. Lauder created a smart-ideas contest in conjunction with TED. For the launch of the Pep-Start Eye Cream, the company partnered with dance-party organizers Daybreaker on morning rave events that were streamed on Snapchat, resulting in 200,000 impressions.

To create buzz for another new line, the Pop Lip collection, Clinique worked with Wieden + Kennedy to create an interactive music video featuring singer Zara Larsson. Viewers could change the style of the song by clicking on different shades from the Pop Lip line, underscoring how color and emotion can be connected. The video generated more than 500 million YouTube views and 1.1 million hashtag mentions.

Clinique's marketing efforts point to Lauder's innate understanding of the brand and its audience, says Clinique svp, global communications Kathleen Pierce. "You're not going to find anyone who lives and breathes the brand more than her because it's been at the center of her dinner table conversation since she was a kid," she says. "She's incredibly clear and decisive and incredibly consumer-centric, and it works together to create this unstoppable force."