As Soda Loses Its Sparkle, Coca-Cola Is Transforming Into a ‘Total Beverage Company’

It's reducing sugar in 500 drinks and building out other beverages

Coca-Cola isn’t just a beverage company. It’s arguably the beverage company, a global behemoth that sells 500 brands in 200 countries, and one of the most iconic corporations to call Atlanta home.

The 131-year-old company has endured and thrived on a similar trajectory as its resilient city, said Ted Ryan, Coca-Cola’s historian and director of heritage communications. 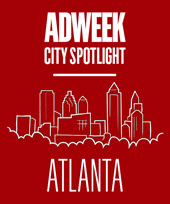 “[Civil War Gen. William] Sherman burned Atlanta to the ground, and then it became ‘the Phoenix City,’ rising from the ashes,” he explained. “It wasn’t long after that that Coke was invented there, in 1886.”

Although nowhere near as dramatic as Atlanta’s Reconstruction-era rebuilding, today, Coca-Cola is undergoing a transformation of its own. With consumers increasingly bypassing sugary soda in favor of healthier drinks, the megabrand’s incoming CEO James Quincey has mapped a new business strategy, and the company has streamlined its marketing message by adopting a global template for advertising its flagship Coca-Cola products.

Here’s how Coca-Cola is evolving its marketing to remain a beverage powerhouse and continue to appeal to consumers around the globe:

The future of Coca-Cola rests on it becoming a “total beverage company,” according to Quincey, who will take the reins as CEO of the company in May. In February, he introduced “Coke’s Way Forward,” a plan to ensure its future success.

The plan comes at an opportune time, as U.S. soda sales dropped for the 11th consecutive year in 2015, falling to a 30-year low, according to Beverage Digest.

While competitor PepsiCo has diversified its portfolio to include food brands like Doritos, Lay’s and Quaker, Coca-Cola has remained focused on the types of soda its execs call “traditional sparkling,” which makes up 70 percent of the company’s value.

That segment of the business is growing at a rate of 2 to 3 percent, but other segments—like water, juice and tea—are growing faster. (Coca-Cola owns brands like Dasani, Smartwater, Minute Maid, Honest Tea and Fairlife milk.)

For instance, it’s scaling up production of Smartwater, which launched in the U.K. last year, to include other countries around the globe.

“We’re organizing the company to be the leader in every one of those categories,” said Katie Bayne, svp of global sparkling brands at Coca-Cola.

In 2017, the company will reduce sugar in more than 500 of its drinks, and it’s investing more marketing dollars to build awareness of its low- and no-sugar beverages.

And since soda giants would rather consumers buy their products in small quantities instead of not buying them at all, it’s also expanding the availability of its smaller package sizes. Mini bottles and cans have so far been a hit for Coca-Cola, accounting for 15 percent of its sales in North America, with sales increasing at double-digit rates since they were first launched in 2007.

“Every market around the globe is growing their small sizes, because consumers want them,” Bayne said. “It’s a great way for people to come back to Coke or try it for the first time.”

Coca-Cola is also launching beverages with bells and whistles, like Coca-Cola Plus, a soda with added fiber, which is being tested in Japan, and vitamin C-infused soda in China. Both are based on research that shows Japanese consumers want drinks that aid in digestion and Chinese consumers have a growing interest in the health benefits of vitamin C.

In early 2016, Coca-Cola, which spent $4 billion on advertising last year, according to Bloomberg, streamlined the marketing of its trademark Coca-Cola brands. Its “One Brand” strategy unites advertising for Coca-Cola, Coke Zero, Diet Coke/Coca-Cola Light and Coca-Cola Life, under the “Taste the Feeling” campaign.

“Having different branding for Coke Zero and Coke Light was really ineffective,” Bayne said. “We were doing ourselves a disservice, and it made it difficult for us to support these smaller brands, globally. From a consumer perspective, it’s been very successful—we can see it in sales. We’re seeing a huge acceleration in our diets and lights business.”

The “Taste the Feeling” spots launched at the beginning of 2016, with new versions debuting for the Olympics and the holiday season. Each ad contains all or a combination of the brand’s intrinsic values: refreshment, great taste and uplift, and extrinsic values: connection, optimism and authenticity.

“We did a ton of research around the world to understand the strength of those six things and why they had to be featured in any piece of creative,” Bayne said.

The ads are designed to carry, globally: they’re very stripped down with simple stories and no dialogue, while using one unifying theme song.

The most recent ad, “Elevator,” which launched this month, shows a woman bellhop and a rap star getting stuck in a hotel elevator. They make the best of it by dancing and drinking Coca-Cola and Coke Zero. There are versions for North America/Europe, Latin America, Africa and Asia, and the only thing that changes is the cast: For instance, the African version stars Nigerian rapper Banky W., and the Asian version stars Lu Han, who has been called the “Chinese Justin Bieber.”

“The stories, which we test, test, test, have to be strong enough to carry [around the world], and you can’t replace the Coke at the center of the story,” Bayne said. “In the elevator ad, there are no words, so it can travel easily. The core idea is, the simple pleasure of drinking a Coke makes every moment a little more special.”

The formula also allows Coca-Cola to shoot multiple versions of the same ad on the same set, typically over consecutive days, which saves on costs. And rather than having one agency of record, 10 agencies, including Wieden + Kennedy, Mercado-McCann, Santo, Sra. Rushmore and Ogilvy, are authorized to work on the “Taste the Feeling” spots.

“The agencies and business units work well together, so we’re able to shoot all over the world and make sure the quality stays the same and the message keeps delivering what we know can build brand love and purchase intent,” Bayne said. 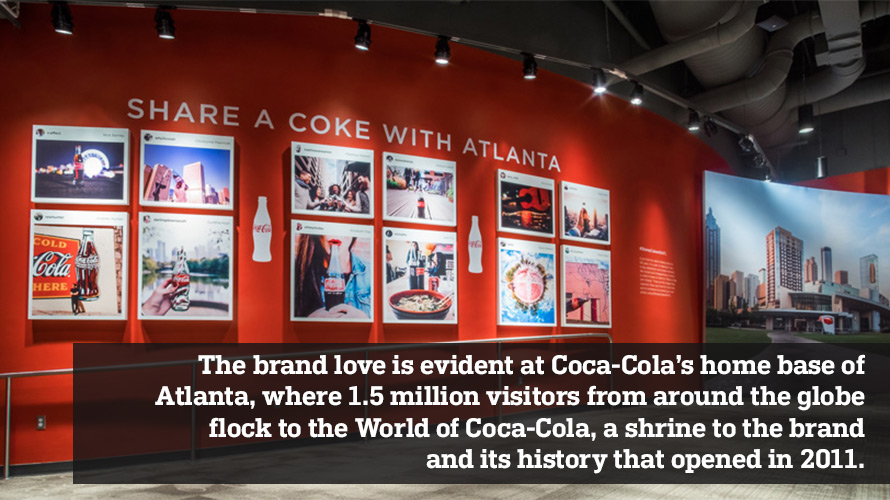