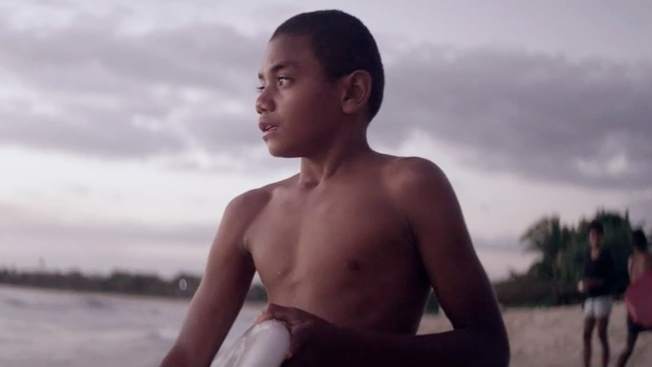 That's how Samsung summarizes its newest long-form ad in the clip's YouTube description, but the words hardly do justice to the visuals assembled by agency partner 72andSunny in Amsterdam. In "Every Day Is Day One," we dive right in alongside surfers facing the dauntingly powerful forces that make the sport both exhilarating and terrifying.

Created as part of Samsung's global sponsorship of the Association of Surfing Professionals World Tour, the ad includes a mix of beginners and seasoned pros like Kelly Slater, Stephanie Gilmore, Gabriel Medina, Johanne Defay and Mitch Crews. Segments were filmed in Iceland, Fiji, India and even the suburbs of New York.

Helping to maintain the ominous and ambitious tone is the excellent soundtrack, a cover of David Bowie's "Absolute Beginners" by singer Angela McCluskey, whom you might remember from her work with Telepopmusik, and pianist Paul Cantelon.

The message of perpetual discovery is one often noted by the world's greatest surfers.

"Every single time you paddle into a wave, it's a new wave," Gilmore told the ad's creators. "It's never broken before, and you'll never see it again."

Administered for the World except North America: RZO Music