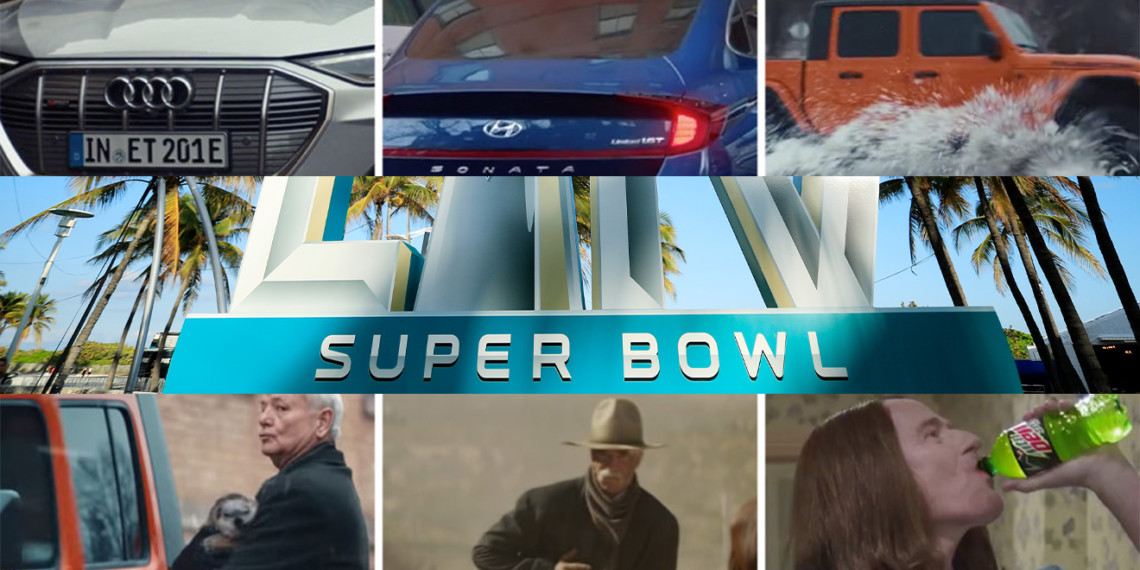 The 8 Biggest Trends in Advertising During Super Bowl 54

Brands went big, long and cinematic in this year’s selection of Big Game ads, spending an estimated $435 million on Super Bowl commercials. In addition to a widespread celebrity presence across many of the 2020 Super Bowl ads—including Martin Scorsese, Rainn Wilson, Busy Philipps (twice!), Chris Evans, Ellen DeGeneres, Chrissy Teigen and so many more—the lineup saw an explosion in ads featuring movie references. Not even the sky was the limit, both in terms of a recurring space theme and the apparently endless budget of conglomerates like PepsiCo, Anheuser-Busch InBev and P&G, which each spent at least $30 million on ads.

Read more: Other top trends included new product launches, brands advertising during the Big Game for the first time and strategic shifts resulting from the recent death of Kobe Bryant.

Super Bowl 2020 arrived amid a tense, divisive political and cultural climate, and political ads from both President Donald Trump and Michael Bloomberg running political ads during the game—a first-time occurrence for presidential candidates—didn’t do much to ease that tension. But other brands aimed for a more comforting escapism, gravitating toward humor and nostalgia this year.

Read more: This strategy has proven effective among millennial audiences, but it’s not without risks.

Adweek CPG reporter Paul Hiebert took us behind the scenes with a look at Tide’s Super Bowl war room. The team of 40, a hybrid of PR and creative teams from Procter & Gamble’s Woven agency, gathered in support of the single brand as its Super Bowl ads rolled out. All of these people worked together through the Big Game, aiming at getting people and brands alike to respond with their own spin on the idea “Something Now, #LaundryLater.”

Read more: The ultimate goal of the night: to amplify Tide’s message across social media, get attention and make sure that attention is positive. Read a play-by-play account of the night’s events.

In a study of how TV advertising impacts short-term purchasing behavior on Amazon, ecommerce analytics company Profitero found that Super Bowl ads prompted viewers to buy both during and after the game. The products hailed from brands with Super Bowl commercials this year and were available on Amazon at the time the ads aired. Specifically, Big Game advertisers that were ready for in- and post-game purchases on Amazon with strong positioning and well-stocked products saw big gains in market share.

Read more: These are the five Super Bowl advertisers they determined saw the biggest gains on Amazon on Sunday.

Podcast | 2020 Super Bowl in Review: What Worked and What Didn’t