6 Things Brands Should Think About Before Taking a Political Stance

When to make a statement and when to take a backseat 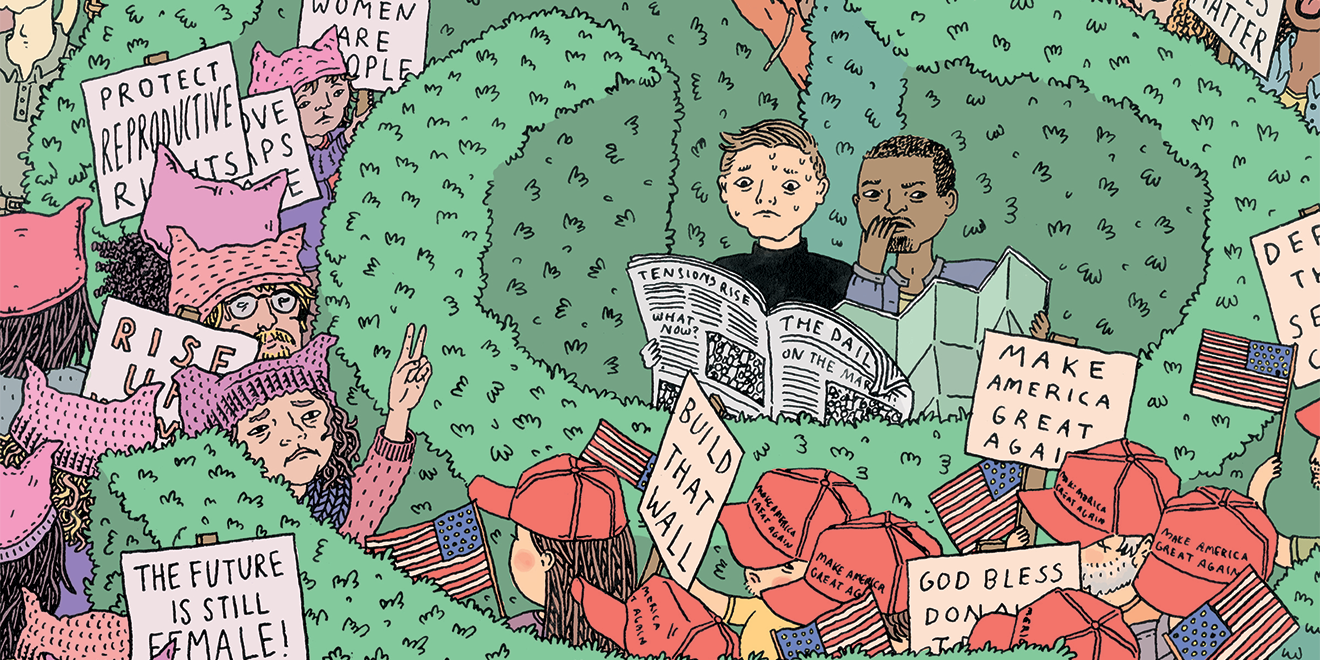 Bring your leadership together to discuss the consequences of your words and actions, not just on quarterly profits, but on the health and well-being of your employees.
Seong Eun MacFarlane | seongeun-macfarlane.com
Share
By Grant Owens
|
May 6, 2018
Share

I don’t think Tim Mapes, chief marketing officer at Delta Air Lines, woke up on Jan. 1 this year with the idea that the new personification of the Delta brand in 2018 would be an unabashedly left-wing progressive.

I also don’t think he had a standing meeting each week in 2017 scrutinizing each of the dozens of brand partnerships his airline established in order to repeatedly track their political leanings. He likely has a couple folks within his team that do a quick gut check for overall brand commensuration, and if the numbers work on a deal, they strike it.

But circumstances for CMOs have changed. I’d bet that on or around Feb. 23 this year, Mapes conducted a thorough audit of both of those topics (i.e., Delta’s political persona and its various associations). He wasn’t given a choice.

Delta and many other brands were unexpectedly dragged into the gun control debate. The survivors of the Stoneman Douglas massacre were making sure their voices reached large public podiums across the country and globe, and they very smartly recognized that some of the largest podiums on which to be heard were brands—major consumer brands that speak to millions of potential voters every single day.

On gun control and many other issues, marketing leaders are faced with making seemingly political decisions—something that until recently only a few brands made part of their mission, intentionally. Today, it isn’t just Patagonia and Ben & Jerry’s making statements on divisive issues; it’s any brand with a connected and vocal consumer base.

So, what can apolitical marketing leaders do to protect their businesses and their customers in this era of “you’re either with us or against us” politics? Here are six things to consider.

Focus on your enduring values

All brands honor a legacy and, whether or not they refer to them overtly, they likely live by a set of unwritten values. Some are timeless. Others appear and disappear based on leadership changes, company initiatives or societal progress. Values may be traced back to the origin of the company founders, or they may be the result of a yearly planning conversation. And if you’re not already doing so, you need to bring your team together to discuss the present day relevance of your values and reaffirm those which are immutable.

Bring your leadership together and discuss the consequences of your words and actions, not just on quarterly profits, but on the health and well-being of your employees and customers. Workshop it out. Talk through outcomes. Talk to your customers about your planned actions. Project the results not just as you see them unfolding in the press the next morning, but in a way that is future focused. How will your decisions affect the business and the community in the next year, in the next 10 years and well past your own tenure in the organization?

The political challenges and moments of truth you may face aren’t simply PR opportunities. They’re substantive decisions that should affect more than what you say and can shape many of the actions your company takes from that day forward. The next generation of consumer will call bullshit on efforts done only in the name of PR. You can’t feign a lot of effort where there is little.

Marketing leaders are faced with making seemingly political decisions—something that until recently only a few brands made part of their mission, intentionally.

There will be times when a decision needs to be made, but other times that, although it feels like a fork in the road, it really isn’t. You don’t always have to pick a side. There are topics that are polarizing to some, but not always of a magnitude that will bring undue harm to the company, its employees or its customers. Prioritize the perceived forks in the road appropriately, and to do so, keep talking to your constituents. If a two-sided topic comes at you, discuss how it could impact your business and whether or not it’s material to your values. To use a sports metaphor, don’t make unforced errors.

Then there are the things that unquestionably cross society’s lines—no-brainers so to speak. Sexual harassment. Abuse. Minority oppression. Don’t debate these topics. No one is looking for you to tip the scales on whether they are right or wrong or aligned to your company values. On these topics, and with all-company leadership, talk about what actions you could take to improve the outcomes of these indisputable and emotionally charged issues. What is your organization uniquely qualified or capable of doing that could help create the change needed? Where can you lend a hand for the greater good?

Do right by everyone

Over time your brand is going to make a series of commitments and promises—some of which won’t align with every single individual’s deep-held beliefs and values. Your brand will no doubt be rejected by some segment of potential customers. And while you may never be able to gain everyone’s adoration, you can earn their respect. Do so by putting in the effort to listen and observe. Once you’ve done your homework, take clear action and explain why and how you made those decisions.

And if you change your mind on a topic, fine, just explain that, too.

This week’s illustration was created in partnership with students from the Baltimore Academy of Illustration.