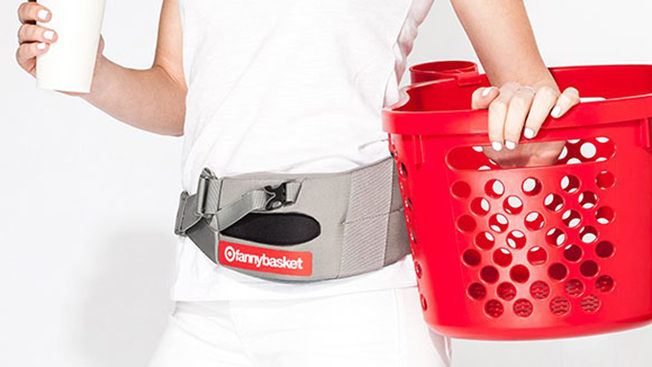 Gatorade is celebrating its 50th anniversary by relaunching the "Be Like Mike" campaign. And the latest spots finally mark the return of Michael Jordan. (Adweek)

Take a look at this list of all the best, most creative April Fools' Day pranks from brands, including a perfume for dogs from 3MillionDogs and robot pizza delivery from Domino's. (Adweek)

A handful of Goodwill stores across the country have evolved into boutiques, selling second-hand, designer labels in trendy storefronts filled with antique furniture. (Adweek)

The accounting firm KPMG debuted its first ad in a decade featuring golf stars Stacy Lewis and Phil Mickelson. The campaign is all about female empowerment and shattering glass ceilings. (Adweek)

Butterfinger announced it will make a big bet on the upcoming fight between Manny Pacquiao and Floyd Mayweather, but confirmed the bet is 1 million Butterfinger Cups, not dollars. (Adweek)

Wieden + Kennedy turns back the clock

Wieden + Kennedy celebrated its Founder's Day, which also happens to be April Fools' Day, by filling its website with old spots from the '80s and '90s. (Adweek)

Wal-Mart wants to boost sales and regain its position as the retailer with the lowest prices, so it's pressuring suppliers to slash prices. (The Wall Street Journal)

American Apparel laid off roughly 180 employees, mostly in manufacturing, as the company looks to streamline and boost sales. (The New York Times)

GoDaddy made its stock market debut Wednesday morning and saw the value skyrocket. The company's stock opened at $26.15, roughly 30 percent above its IPO price. (CNN Money)

RadioShack will keep about 1,700 stores in business, saving thousands of jobs for the moment. (Bloomberg)

Many professional ballet dancers have turned to Instagram to post behind-the-scenes photos, gain fans and promote their personal brands. (The Wall Street Journal)

About 90,000 McDonald's employees will receive pay raises beginning in July. McDonald's expects average wages to rise above $10 an hour by the end of 2016. (USA Today)

Valvoline is in the final stages of its creative and media review, and asked the remaining agencies to target men in their 20s and 30s who like to work with their hands. (Adweek)