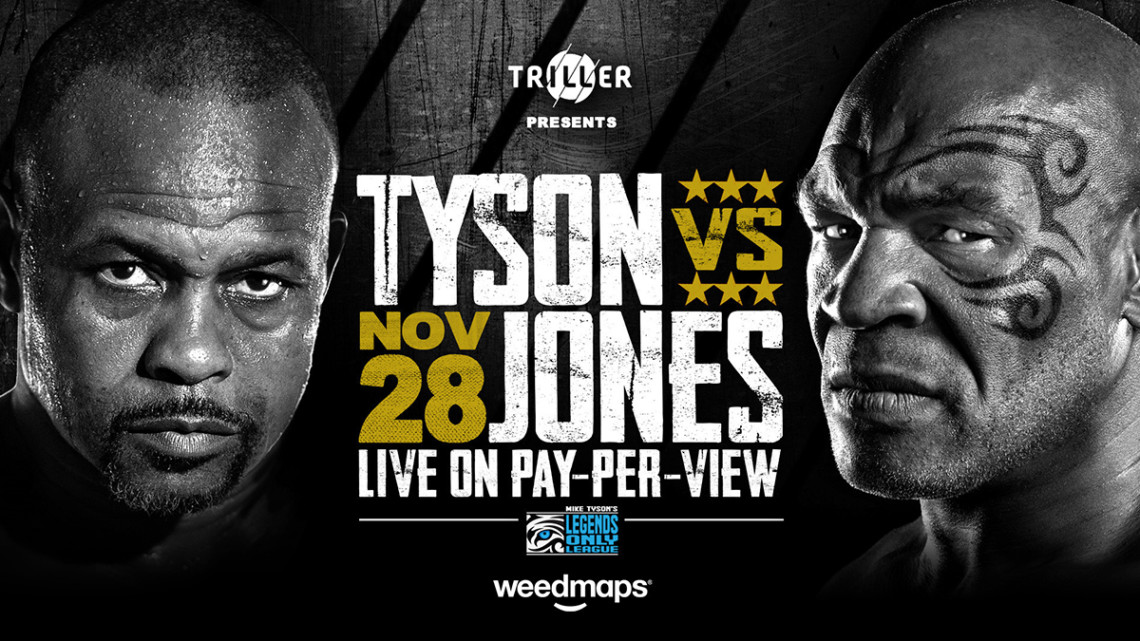 Triller, a video app, and cannabis service Weedmaps are sponsoring the fight. Weedmaps

In Heavyweight Move for Cannabis, Weedmaps Sponsors Mike Tyson’s Return to the Ring

Mike Tyson is returning to the ring on Saturday to face Roy Jones Jr., and Weedmaps is sponsoring Tyson in a groundbreaking move for the cannabis industry. The partnership includes on-screen graphics, on-air callouts, messaging on giant LED screens and locker room swag, along with a special piece of content narrated by Nas and celebrating cannabis pioneers that will air during the event. The high-profile event is also a huge win for presenter Triller, which aims to compete more powerfully with TikTok.

“Setting a path” for cannabis brands: With performances by Lil Wayne, Wiz Khalifa, YG and other artists, the event promises to generate extensive media coverage and give the brand a boost.

8 Trends Marketers Are Most Excited About Heading Into 2021

If 2020 has done anything positive, it has forced the advertising industry to think, both about its strategies and its priorities, and to pivot with its practical approach to marketing. That also means that, despite the unpredictability of the future, marketers have unlocked a whole new world of opportunities for creativity and problem-solving. We caught up with leaders from some of the world’s top brands and agencies to see what they’re most excited about.

See what they said: “Are you living your message?”

It’s officially that time again! Applications are now open for Adweek’s 2021 Media Agency of the Year. Apply here by December 14.

YouTube Bowed Out of Its Year In Review. JibJab Said, ‘Hold My Beer’

This year YouTube decided to put a hold on its annual Rewind video out of respect for the horrors of 2020—but JibJab dove right in with a characteristically silly, snarky overview of the most hated year in recent memory. It starts with the moments we barely remember, from Brexit and Donald Trump’s impeachment to the Grammys, and then launches into the calendar smudge that ensued after Covid-19 arrived, from the absurd to the tragic.

Watch it here: And, of course, in case you didn’t already live enough of it, you can put your face in the video.

For Visible, Schitt’s Creek Star Dan Levy Is Delightfully In on the Joke

Dan Levy’s eyebrows, which so closely resemble his father Eugene’s, are the subject of many a callout on their award-winning show Schitt’s Creek. Now they’re the focus of an entire ad and website, a concept that Levy himself came up with for Visible in a campaign created with agency Madwell. Visible CMO Minjae Ormes said Levy’s hands-on approach to developing the campaign, which he wanted to be lighthearted and tongue-in-cheek, proved to be valuable for the brand.

Watch the ad, and read more from Levy and Ormes for a behind-the-scenes look at its conception and creation.

The annual Macy’s parade won’t be the multimillion-spectator in-person bash it has been in previous years. It will be limited to a single New York City block, vehicles will drive the enormous balloons, and it will be telecast rather than being performed for throngs of people on location. Still, that hasn’t stopped it from being more popular than ever with advertisers, with NBCUniversal selling out its parade inventory sooner than usual.