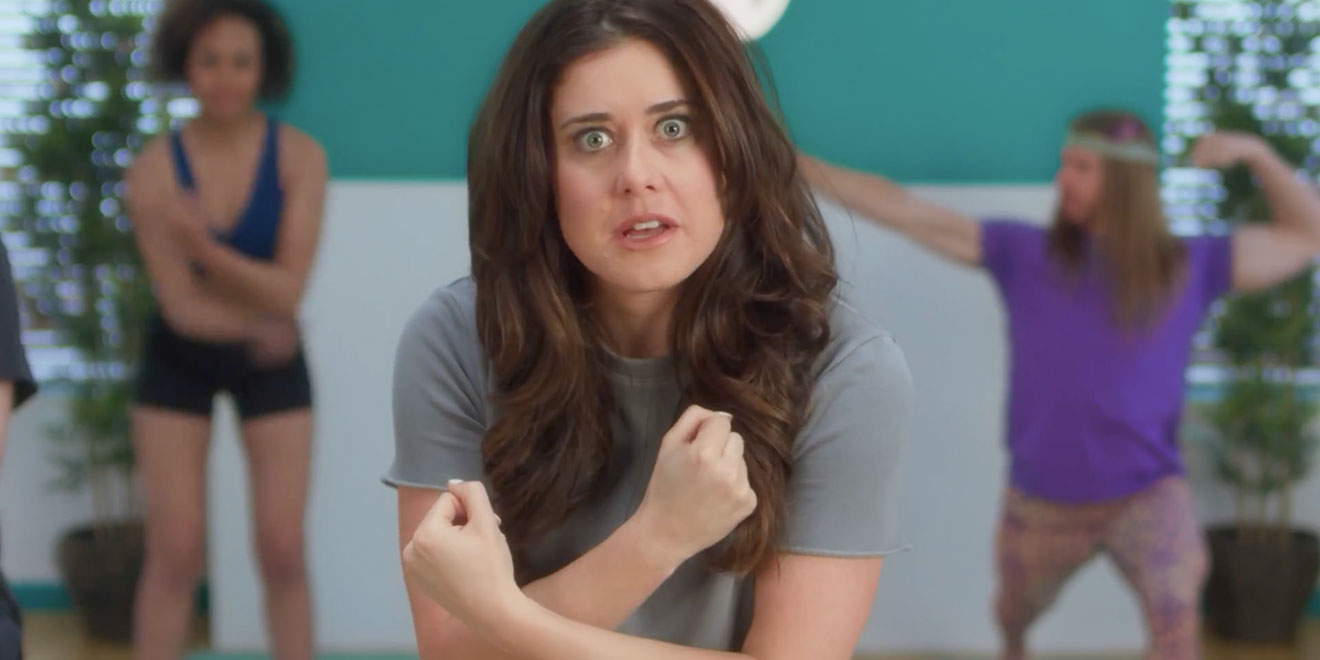 Let’s talk personal hygiene. But to make a delicate subject slightly less awkward, how about we toss in some silly choreography, Oprah-style product giveaways and hippie satirist JP Sears?

For its first advertising, all-natural deodorant brand PiperWai launched a four-minute digital short Thursday that crams in as many dance moves and yoga poses as ingredient references. It also compares drug-store competitors to toxic friends that you should dump immediately. You don’t want cancer, do you?

The video, from the viral mavens at Chamber.Media, aims to reach health-conscious Gen X women with a direct but somewhat subtle message.

“They didn’t want to use shock humor or go for the belly-busting laughs, which is what often works for viral ads,” says Travis Chambers, the agency’s chief media hacker. “They wanted it to be relatable.”

That’s where actress-comedian Manon Mathews comes in, whom Chambers describes as “full of nervous energy, which has a nice connection to sweating.”

She leads viewers through the charcoal powder-based antiperspirant, promising that it “smells like a spa,” doesn’t have carcinogens like aluminum compounds and won’t clog your pores. All the while, she’s teaching some kind of class (expressionist movement?) that her students try to follow, with limited success.

Sears, known for his online yoga parodies, does his best up-dog, spreads his earthy scent and preaches veganism. In other words, just another day for the How to Be Ultra Spiritual author and social media star. And he inspires the video’s title: “Your odor offends me!”

Both Mathews and Sears had been on Chamber.Media’s radar for some time, and this seemed like a good fit, agency execs say.

“Casting Manon as the spokeswoman was an obvious choice,” says producer Stefan van de Graaff. “She’s brand safe and extremely funny, but most of all, her goofiness just matched our creative concept perfectly. And as for JP, if we hadn’t cast him in an ad for all-natural deodorant, we probably weren’t doing our jobs right.”

PiperWai, which got a major boost from a Shark Tank appearance in late 2015, has some retail distribution and nearly 200,000 customers, van de Graaff said. Founded by best friends and Philadelphia natives Jess Edelstein and Sarah Ribner, the brand is trying to broaden awareness and increase sales.

Its first ad effort needed to be packed with information, while still being entertaining and shareable, a pretty tall order for a personal grooming product.

“There’s a universal ad insight here in that it’s not a sexy product, but it doesn’t have to be,” Chambers says. “It just has to solve a problem.”

The goal was to make the product the hero, and give the creative concept a back seat, he adds. Or at the very least, tone down Chamber.Media’s usual wacky, outsized approach (see: videos for Kiss lip plumper and Nerd Skincare).

“We’re playing it safe,” Chambers says. “We hope the visual jokes will carry it and keep viewers engaged even if they don’t fully understand why they’re paying attention.”