The co-founder gets a break from being ‘Silverstein’d’ 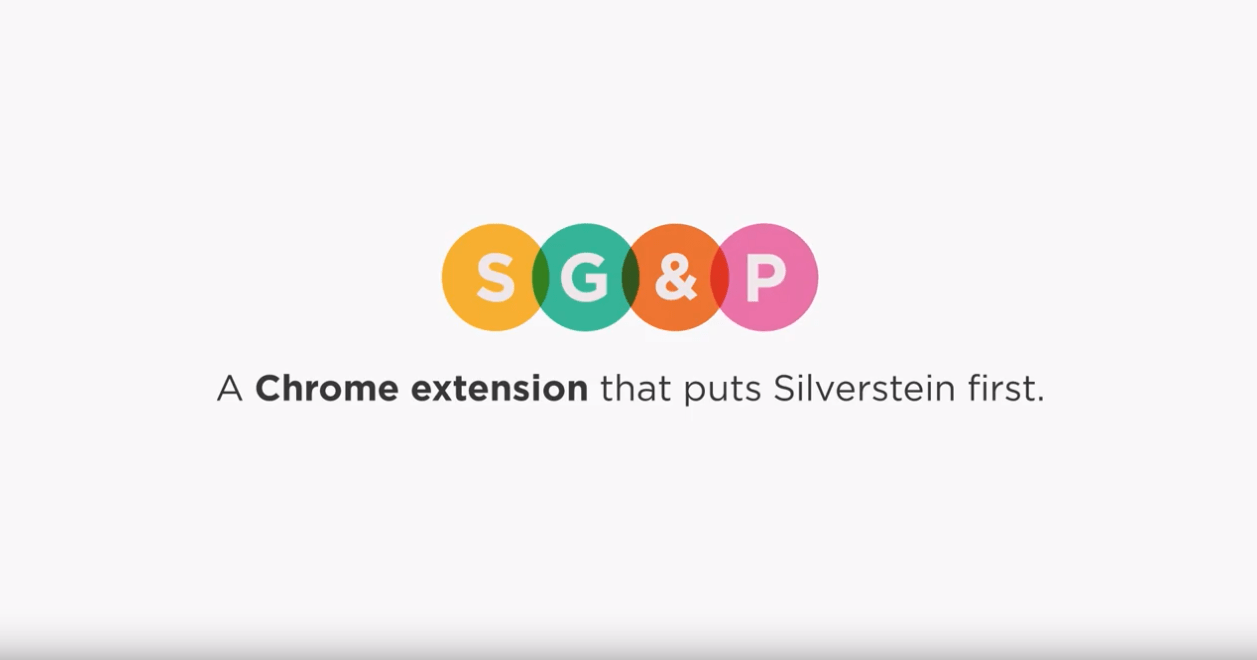 Before you jet off for the holiday weekend, take a moment to wish Rich Silverstein a belated happy birthday (it was June 13) by downloading a simple Chrome extension that will make his day a little brighter.

What exactly does it do? Well, the Goodby Silverstein & Partners moniker has long been shortened to “Goodby” by many in the industry, since, you know, that’s what the cool kids do. But it’s all come at the cost of Silverstein, whose years building the agency alongside Jeff Goodby go unacknowledged when we start throwing the latter’s last name around.

That’s where the Chrome extension comes in, as it changes the agency’s name to “Silverstein Goodby & Partners” anytime it appears online. For those who can empathize with his plight, there’s hope for you, too, as the extension also works for a number of other agencies and companies (Kennedy + Wieden, Jerry & Ben’s and ODBB are just a few).

“It totally levels the playing field,” said Goodby Silverstein & Partners chief creative officer Margaret Johnson. “Now the Silversteins of the world can have their day.”

In a tongue-in-cheek video, “SG&P” introduces the extension as if its the latest tech innovation we’ve all been waiting for.

While the majority of the video borders on satire, it concludes with some sweet “happy birthday” shout-outs, including a particularly heartfelt one from none other than Goodby himself.