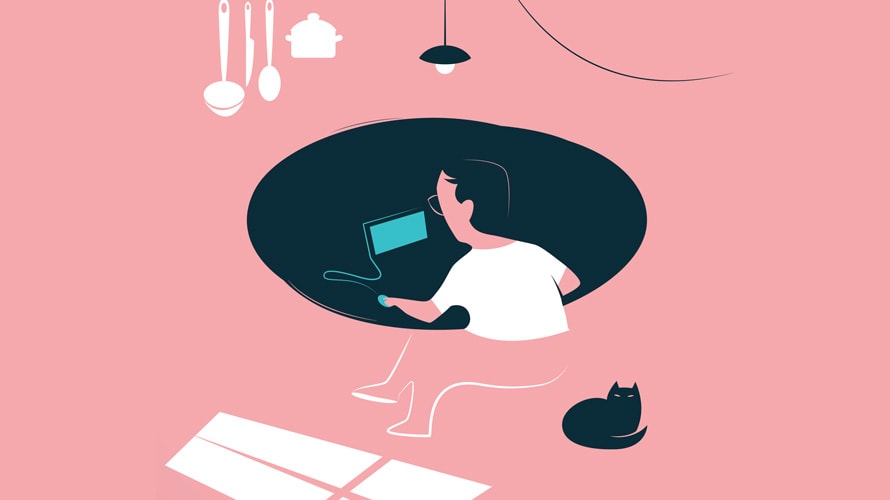 Millennials are fleeing traditional agency life with fewer years under their belts than ever before. Data from our global survey of more than 10,000 freelance designers from 42 countries released this week shows that the majority of designers under 30 (52%) are now ditching their agency jobs after just two years. That’s significantly less time than previous generations, where the older the designer is the longer they are likely to have stayed in an agency before going freelance.

Source: 99designs - Design Without Borders: The Future of Freelancing

So, what is leading millennial designers (and conceivably, their Gen Z peers) to reject agency life and the traditional notion of putting in time at a creative shop before heading out into the freelance universe or in-house? There are likely a number of factors driving this agency exodus among younger creatives, but the following seem most primary to the trend.

There’s a ton of work out there for creatives

As has been documented, the age of long-term AOR relationships is over or at least nearing extinction. According to the Association of National Advertisers, 78% of its members had some kind of in-house agency in 2018 versus 58% in 2013.

With DTC brands and even enterprise and corporate marketers increasingly bringing advertising and other creative marketing functions in-house and relying on outsourced freelancers rather than full-service agencies, there’s just a huge amount of work available for talented designers (and illustrators, copywriters, producers, etc.) these days.

In fact, according to our survey, the array of industries and company types who work with freelance designers is broader than ever, spanning more than 35 fields ranging from arts/entertainment, food/beverage and education to real estate, healthcare and finance.

Additionally, technology and online platforms have democratized access to creative work and has created regional opportunities. For example, the majority (76%) of freelance designers in every continent now live in places with a population under 1 million, meaning creative work is no longer tied to urban hubs like N.Y., London and Berlin. That means creatives can now live and work where they like, particularly in areas where rents and the general cost of living can enable them to pay off student debt.

Freelance creative pays more than ever

With all the options freelancers now have coupled with the fact that the industry is suffering from an overall lack of talent, freelancers are finding that they can charge what they want for the skills both agencies and corporate clients desperately need. Anecdotally, creative directors in-house and at agencies are seeing hourly, day and project rate spikes between 20% and 50% from just two years ago.

This rate inflation trend seems to be playing out beyond U.S. borders according to our research as well, with 31% of freelance designers saying they make more money than they would make working for someone else.

Millennials value the flexibility and a work-life

Agency work has never been known for its work-life balance. As anyone who spent their early career working for a creative shop can tell you, grueling hours, demanding clients and a need to be physically in the office for meetings and brainstorms continues to be the norm. The problem is that this culture just simply does not work within the value structure of most millennials, who value experiences, travel, freedom and flexibility more than prior generations, according to the 2019 Deloitte Global Millennial Survey.

Deloitte’s research also showed that millennials will patronize and support companies that align with their values and say they will not hesitate to lessen or end a relationship when they disagree with a company’s business practices, values or political leanings.

More than anything else, for an overwhelming majority of designers, freelancing is aspirational, not a necessity. Specifically, our study showed that the primary motivations for freelancing as:

Even as firms scramble to adjust to and accommodate these new priorities within the confines of a work environment, the continuing talent drain proves the agency world still has a long way to go to hold onto its best players from this generation in particular.

Clearly, solving the agency brain drain with today’s millennial talent pool is not a simple challenge. Perhaps today’s agency expats will reinvent the agency model when they decide to hang their own shingle someday.

Because—perhaps ironically—while only 13% of designers view working at an agency again as part of their five-year plan, a whopping 44% of them do see setting up their own agency as a future goal. Already, the study revealed that a majority of designers often work with other freelancers in their network, forming remote virtual agencies. This virtual agency approach may well answer these challenges and prove to be the wave of the future.