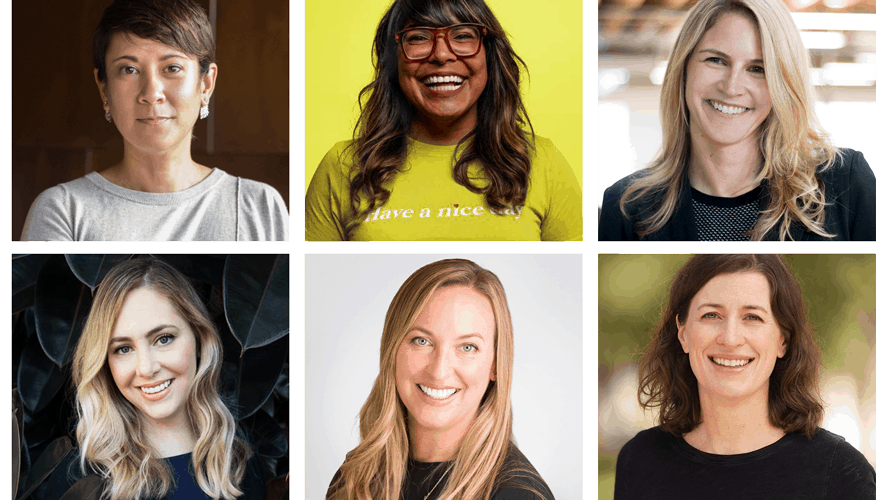 Many of L.A.’s biggest agencies have women at the helm. In an industry that’s still disproportionately dominated by men, these executives are serving as mentors, role models and everything in between at their respective agencies.

In talking with six of these women, we learned that working as an advertising executive in L.A. has its own unique set of challenges, opportunities and advantages. Over and over again, we heard that the mixture of music, entertainment, technology and media that makes up the city’s fabric gives agencies there a leg up in a variety of ways.

“As a magnet for creatives with an entrepreneurial spirit, Los Angeles attracts a broad range of talent from all over the globe and, in so doing, an abundance of diversity in terms of perspectives and experiences,” said Yumi Prentice, president of David&Goliath.

The entrepreneurial spirit that L.A. embodies makes it attractive for agencies and brands alike, and many of them are beginning to set up shop there.

“We’re seeing many small- to medium-size agencies launch and thrive in this market, and similarly, many new innovative businesses and brands starting up here, too,” Jean Freeman, principal and CEO at Zambezi, said.

What’s unique about L.A.’s talent pool?
Erin Riley, president of TBWA\Chiat\Day L.A.: Our proximity to Silicon Valley and Silicon Beach means we have lots of 21st century brands that demand and, therefore, attract talent that is agile, entrepreneurial and progressive. It may seem cliché, but I think there is something inherently pioneering about people who choose to go West.

Kim Getty, president of Deutsch L.A.: I believe that there are more creative people living in L.A. than in any other city in the world. It’s a magnet for technologists, artists, filmmakers and fashion. It’s a place where people go to invent and re-invent. L.A. doesn’t care where you came from—it’s all about where you’re going.

How are you helping to foster diversity and inclusion internally?
Prentice: [We continue] to hire people from a variety of backgrounds and orientations who share our values, and not simply assimilating them into the agency. We acknowledge their unique perspectives and talents and invite them to share them all with us.

Teri Miller, president of 72andSunny L.A.: With a mission to expand and diversify the creative class, it’s really important that we live this mission throughout our company daily. This can come from any level. Some of our best and most celebrated D&I and equality projects and creative have been championed by interns to leaders.

Thas Naseemuddeen, CEO of Omelet: One of the most special things about this city is that L.A. has been the epicenter of the gig economy before the gig economy was a “thing.” We’re a land of entrepreneurs, and because of that, we love that Omelet is able to bring some of this different kind of talent into our home.

What sets L.A.’s advertising scene apart from other markets?
Freeman: At a basic (albeit generalized) level, I see L.A. as new school in terms of agency structures, thinking and approach. L.A. is a market that embraces and epitomizes change and the future of the industry rather than simply gravitating to the traditional way of doing things. There’s always been a healthy mix of subcultures and influence and rebelliousness here.

Naseemuddeen: Advertising in Los Angeles as a creative profession isn’t revered in the same way it is in cities that don’t share a ZIP code with Hollywood. It creates two interesting areas of opportunity: bringing in different kinds of talent in the agency world as well as a certain type of humility you don’t always have in our industry.

Miller: Having been in Los Angeles for a short time, I’m struck by how creative talent here sets the pace for what is adopted in culture. There’s a much more raw approach to concepting and sharing work, given the speed required to lead. It’s second nature here.

What do you see as the most significant growth opportunity for marketing in L.A.?
Getty: Unlike New York, L.A. brings the gift of real estate. Physically, Los Angeles has opportunities for growth that just aren’t possible from a 20-story office building. We opened up Steelhead, a 48,000-square-foot, full-service production facility with a massive sound stage across the street from our Deutsch L.A. office. In the few years it’s been open, not only has it been a rich toolbox for our clients, but it has also brought us unique opportunities that are foreign to traditional ad agencies, like filming for TV and movies.

Riley: With such proximity to Hulu, Netflix, Facebook, Apple and Disney, L.A. agencies have the opportunity to work with nonlinear TV partners to redefine—in a positive way—the ad formats of the future.

Click for more from this issue
This story first appeared in the Oct. 14, 2019, issue of Adweek magazine. Click here to subscribe.
@Minda_Smiley minda.smiley@adweek.com Minda Smiley is an agencies reporter at Adweek.