20 Women Leaders in Media, Marketing and Advertising on the Ultimate Power Meal

Their dream dinner-party guests are a surprising, inspiring who’s who of female achievement As part of this year’s Women Trailblazers issue, we asked our honorees to pick four iconoclastic women from throughout history who they would invite to a dinner party—and to imagine what the conversation would be like. Several names came up more than once, including Michelle Obama, Rosa Parks, Oprah Winfrey, Ruth Bader Ginsburg and a certain Celtic queen. A number of pop stars received enthusiastic endorsements. And there were quite a few would-be guests who were or are just as outstanding but are less known. Two of them are legendary for either dressing like a man or claiming the privileges and rights of one when polite parlor conversation, pretty curls and rosy cheeks were the highest expectations for women. Have we come a long way, baby? It depends on who you ask and how you define “long way.” For now, let’s dive into these dream-team dinner parties, where the sky is the only limit, and even that is up for debate…

Queen Elizabeth, Angela Davis, Madonna and Audrey Gelman, founder of the Wing. “A queen, a feminist, an icon and an entrepreneur. I would invite them round to my house for roast chicken, English roast potatoes, a fine Sancerre and my son’s brilliant home-baked brownies. I’d Insta-story the heck out of the night, because history is still a story told by men. But it’s the intimate, unwritten histories—these famous women’s histories—that everybody should hear.”

Rosa Parks. “The conversation would be a lesson in leadership.” Marie Curie. “Trailblazing scientist who founded the periodic table—how did she problem-solve to crack the code?” Dervla Murphy. “A female traveler and book author; she inspired me to travel to Ethiopia.” Michelle Obama. “What she discovered about the power of writing through her book, Becoming.”

“Beyonce, of course! I believe the discussion would be focused on intersectional feminism and the importance of being a role model. [Seminal New Wave director] Agnes Varda, who left us [recently], about transmission and cinema. I’d also love to chat with [International Monetary Fund chairman] Christine Lagarde for a financial status [update] and a discussion about inclusion.” Delarue also picked Lady Diana, to whom she would want to discuss “women, freedom and [the] establishment.”

Harriet Tubman, Winnie Mandela, [19th-century Ghanaian warrior queen] Yaa Asantewaa and Oprah Winfrey. “The conversation would be about revolution and what it takes to keep the energy. We’d probably joke about how much stronger we are than the other sex.”

Gloria Steinem, [suffragist] Alice Paul, Ruth Bader Ginsberg and Maya Angelou. “The conversation would be explosive. Inspiring. Life changing. And [there would be] lots of wine.”

Ruth Bader Ginsburg. “She is one incredible trailblazer for women. Early on, her advocacy was about action in its most potent form: laws and legislation. In my lifetime, there is no one who has moved things more forward for women than the Notorious RBG. I imagine the conversation would be very no-nonsense. She would tell me to quit thinking and dreaming and just start doing.”

Susan B. Anthony. “She was a fighter, undeterred by arrest, ridicule and obstacle after obstacle. From the time she was a teenager, she knew what she believed to be right and fought her whole life to make it better. Conviction. Steadfast conviction. I imagine the conversation would be full of fire and heart. She would tell me to act without fear—that if you believe in something, you have the obligation to fight for it.” 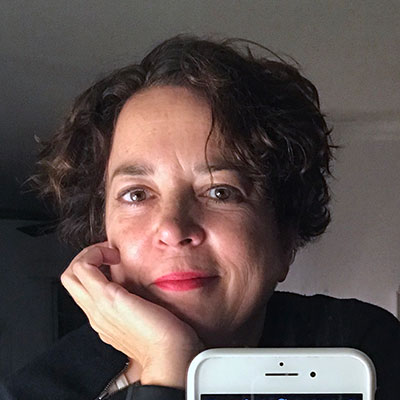 Kristina Feliciano is the features editor at Adweek.