At its core, 72andSunny envisions itself as “an antidote to the cynicism that can be pervasive” in the ad industry—and Madison Avenue in particular—according to the agency’s partner and CEO Matt Jarvis. So it’s only fitting that, at the beginning of the year, the shop moved its office out of crowded Lower Manhattan and across the Brooklyn Bridge to Dumbo. The purpose for the move was threefold: The team had quickly outgrown its previous space, most of the agency’s employees reside in Brooklyn, and there’s a great startup culture blossoming in Dumbo for the shop to tap into.

Designing a new office in the thriving Brooklyn neighborhood meant the 72andSunny team could build an open workspace that truly reflects the way it works. At 72andSunny New York, there are no departments. Instead, the agency builds integrated teams to work on projects. An open floor plan with plenty of natural light was key to pulling that off, so upon moving to the new facility, the team cut a giant hole between floors to allow light to flow better throughout the space and to help teams on different floors feel more connected.

The 50,000-square-foot office, located in an old coffee warehouse, also comes complete with a spectacular view of Manhattan, a deck where the agency plans to plant its own organic vegetable garden, and a meeting space large enough to gather all employees for internal meetings and videoconferences with the Los Angeles and Amsterdam locations.

“Inspiration is so hard to come by in our business, and in the time that we’ve been here it’s just a marvel how inspired and enlightened the people are,” said founder and creative co-chair John Boiler. “I think the quality of the experience is showing up in the quality of the reviews we are having.” 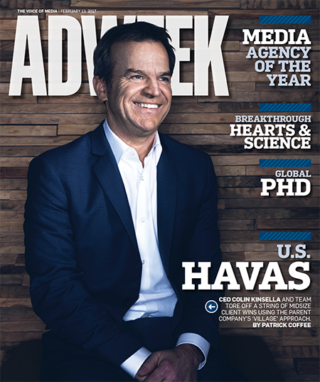