Fire up Amazon, you've got some spending to do 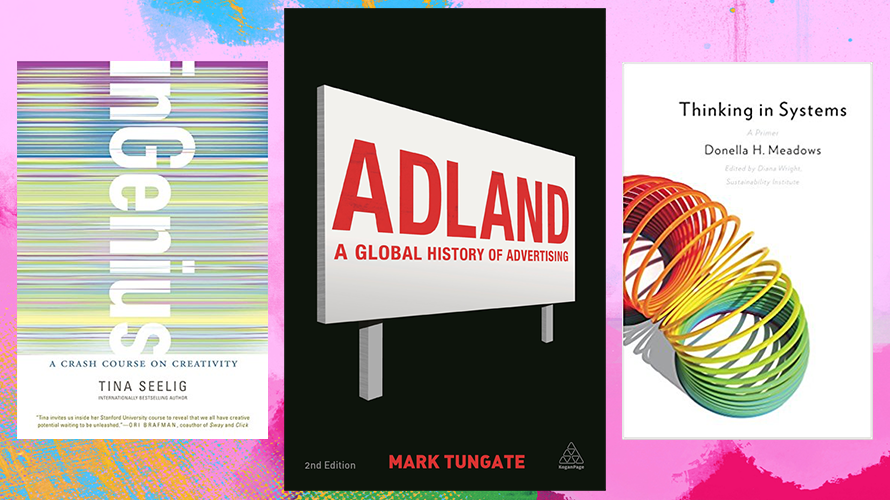 If you’re going to devote your career to something, it helps to study it before you commit—especially in a sector like advertising, which can be either banal and soul-crushing, or diverse and disruptive, depending on how you approach it (or who you’re talking to).

So I compiled five books that will teach you “everything” about advertising. Spoiler: They aren’t going to teach you everything. But they’re a good starter kit for a subjective quest, because advertising thrives on people who can use subjectivity to kiss the universal.

1. Adland: A Global History of Advertising by Mark Tungate

To understand where ad land’s headed, it helps to know where it’s been. The sector’s packed with bombastic memoirs, from David Ogilvy and Mary Wells to Hadji Williams and David Oakley, all great reads. But Tungate’s been writing about advertising for years, mostly from the outside. That perspective is helpful, even if you’ll miss a bunch of saucy martini-driven anecdotes.

What’s great about Adland is its take on advertising through time and space. Follow its origins and evolution through decades, including the Depression and the mad ‘80s. See it evolving in pockets of Chicago, the U.K. and France, and how those tiny renaissances coalesced into (more or less) what we’ve inherited. Plus, Tungate’s a fun writer: His author’s note ends with, “If I’ve missed out on any advertising luminaries due to lack of space or simple misjudgment, I apologize. Your egos will recover, I’m sure.”

“Joe La Pompe” is the pen name for a French advertising pro who’s anonymously called ad copycats out on his blog for longer than most creatives have had careers. On the surface, this book feels like a gleeful romp of shameless rip-offs. But it contains a valuable lesson: Don’t stop at your first idea, or the idea you came up with after an hour of brainstorming.

Two things—neither intentional—make duplication easy: Advertising thrives on the appropriation of pop culture, making it likely that your “idea whose time has come”—like dogs doing selfies or whatever—is already being worked on by enterprising hustlers elsewhere. It also thrives on the labor and zeal of young people, who often lack the experience, scope or patience to recognize (or check for) something that’s been done before.

I once asked a creative director how to become a copywriter, and he gave me this. I’ve been rereading it ever since. Written as a guide for making great advertising, it oscillates between tips for being a rigorous ad hound (see above: Don’t stop at your first idea, or even the third, fourth, fifth, sixth…) and explaining in steps how to kill it in any category you’re working, from print to digital.

Sullivan doesn’t buy the idea that one medium is better than another, which makes his advice richer still. Radio, for example, is more visual than people think; to excel at it, you need to see it for its strengths, not through the frustration of lacking a sexy TV spot to work on. In a chapter aptly called “Pecked to Death by Ducks,” he also explains how to address a variety of client protests that sabotage great work. Examples range from the request to feature multiple products or benefits in one ad, to the tacky old “make the logo bigger.”

Trust Luke. He has seen it all and he doesn’t suffer fools.

4. Thinking in Systems: A Primer by Donella H. Meadows

Somebody smarter than me once said advertising is the business of hacking people. This is true, but you won’t be an effective hacker unless you understand what drives behavior, and you can’t understand that without knowing what systems facilitate them.