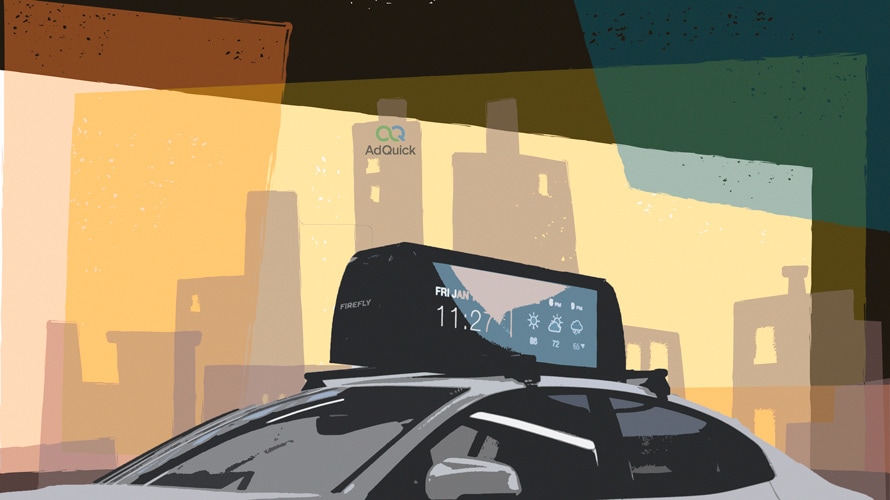 Ad tech has transformed the way the industry has thought about how outdoor ads can be bought and sold, but it is still grappling with the issue of how to verify such executions can be used to achieve marketing KPIs such as brand uplift, etcetera. However, separate initiatives unveiled this week plan to solve this issue.

Recent months have seen digital billboards of all shapes and sizes effectively plugged into programmatic pipes, making that inventory as easy to buy—and geo-target—as a typical banner ad you’d find on the web. The one flaw in the field, of course, is that unlike the cookies and trackers of the web, the outdoor world is difficult to measure uplift. Now, it looks like companies are trying to steer that ship.

“I never really understood how in the world these out-of-home guys got their impressions, or understood if something’s worked or not,” said Firefly’s chief analytics officer Taylan Yildiz, who was brought onto the company this week after a 10-year tenure at Google.

Typically, he explained, marketers rely on geolocation data from consumers’ phones to ping back to the billboard for attribution, targeting and measurements. And while this allowed marketers to know who was passing by an ad and whether they’d convert, there’s never been any accurate way to A/B test a particular audience.

“If you’re putting a billboard on the 101 in the West Coast, you’ll usually have to find a control group somewhere else—people on the 280, or people on El Camino,” Yildiz went on. “These aren’t the same people that drive on 101. And people will sometimes try to do demographic balancing and try to fit these people together, but it’s always going to be off. We’ve proven that so many times.”

The advantage of a company like Firefly—one of the many DOOH car-based companies as of late—is that it can bring better A/B testing to out of home. Taxis equipped with Firefly’s programmatic tech can flash an ad while driving down a particular street and then return later displaying something else.

Using the mobile IDs of large swaths of users that have seen the ad as opposed to those who haven’t, advertisers on Firefly’s network can track consumer uplift and in-store visits, effectively measuring how effective their taxi campaign really is. “We’re comparing apples to apples, and that’s never been done before in out-of-home,” claimed Yildiz.

AdQuick, meanwhile, took a different approach to measuring campaign effectiveness by borrowing tactics from the well-worn cost per engagement model adopted in digital advertising. This week, the platform rolled out an optional payment model with no upfront fees, instead charging media buyers based on the consumer base actually interacting with the ad in real-time, through texting a short code displayed within an outdoor ad’s copy.

“This is really a conversation changer, especially when you think about how risky it can be to buy outdoor and how unknown that uplift ultimately is,” said AdQuick CEO Matt O’Connor. This offering takes that ambiguity and makes it attributable 100% of the time, he claimed.

O’Connor gave the example of a recent campaign by the order-ahead app Ritual. Each advertisement included a call to action—in this instance, a brief message instructing audiences to text “LUNCH” to a particular short code in return for a $20 discount. When texted, those numbers were then shared with AdQuick and the brand in question, so that the audiences that responded to the outdoor executions could be reengaged via their mobile phone.

“We’ve gotten it down to a science on the performance side and basically created a risk-free way for brands to try out their outdoor advertising, which is definitely one of the last channels brands have considered in the past,” O’Connor said.