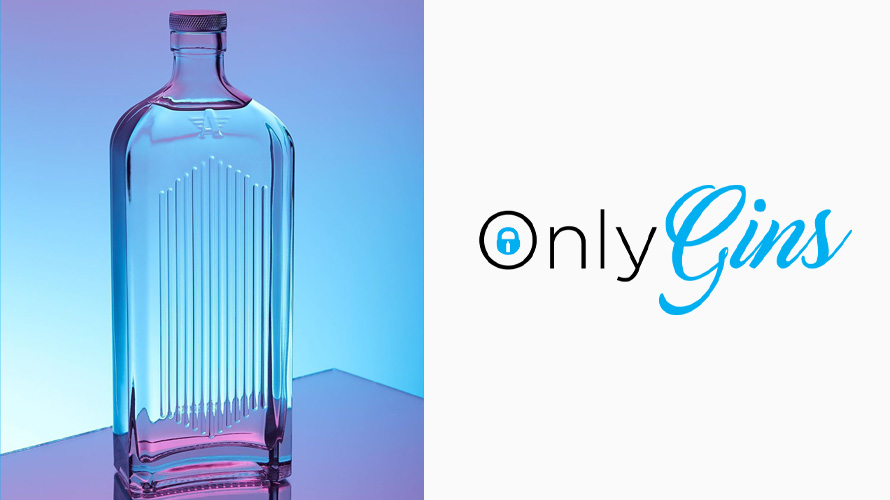 In the latest of its infamous Ryan Reynoldsian social media stunts, Aviation American Gin shared a new side of its brand personality today—a more, shall we say, adult persona.

It began with a colorfully lit photograph shot by Wyatt Kane, an Atlanta-based commercial and advertising photographer, who posted the image to Instagram on Wednesday as a friendly shout out to the brand. The photo features a naked (gasp!) Aviation Gin bottle, showing off the grooves and curves of its design.

When the Ryan Reynolds-owned Aviation Gin came across the photo, it saw an opportunity to pull something out of its back pocket that’s been sitting there since February—the domain name OnlyGins.com. What better way to launch it than with a seductive photo of a gin bottle?

After speedily securing permission to repost Kane’s photo, Aviation put it on Twitter this morning with a simple link to the OnlyGins domain. It redirects to AviationGin.com, where (sadly) only fully labeled bottles of the booze are available. (Half an hour after the tweet posted, Reynolds chimed in from his personal account to ask, “Who in the effervescent f*ck approved this?”)

The domain name is a subtle reference to OnlyFans.com—a content subscription service that allows creators to earn money directly from users who pay a monthly fee to receive exclusive content through the platform. It’s most widely known for its popularity among sex workers and adult entertainers, but also hosts artists and content producers in other categories, including musicians, chefs, educators and fitness experts.

“[We] love to play with the zeitgeist of pop culture,” said Aviation’s senior brand manager, Adrian Molina. “So the bad pun URL is not explicit, but a ‘if you know, you know #iykyk’ wink and nod.”

Reynolds, who’s speaking at our Brandweek virtual event next week, bought the gin brand in early 2018 and has been infusing it with his one-of-a-kind humor and absurdity ever since. It’s gotten him noticed in the marketing world—just last month, international alcohol conglomerate Diageo bought Aviation, but chose to keep Reynolds on as a co-owner and creative lead for the brand.