The bipartisan American Data Privacy and Protection Act (ADPPA) does not “guarantee the same essential consumer protections” as California law, according to Pelosi. If the federal bill were to become law it would override the existing state laws, a point of debate between Republicans and Democrats.

But Pelosi’s move offers some relief to ad tech companies, said Jules Polonetsky, CEO of the advocacy group, The Future of Privacy Forum, since the federal bill proposed tougher restrictions around targeted advertising. By comparison, the existing state laws primarily seek consent from people about whether their data is sold.

The ADPPA is the farthest a privacy bill has progressed in Congress. But it has faced criticism from tech companies—and contentions between Republicans and Democrats on whether the federal bill should pre-empt current state laws, meaning progression in this Congress has stalled, according to three sources who spoke with Adweek. Although Pelosi might address the bill’s concerns with House Energy and Commerce Committee chairman Frank Pallone, the chance of any progress in this session, before a new Congress on Jan. 3, is bleak. Meanwhile, businesses may adopt California’s more stringent privacy protocol as the high-water mark for protecting user privacy.

That said, without Pelosi’s support, there’s not going to be any vote on the bill in the House, essentially shelving the bill, according to Jessica Rich, former FTC bureau director and attorney at Kelley Drye & Warren.

“It’s dead in this Congress,” she said.

Some relief for ad tech

The ADPPA in its current form places tougher restrictions on targeted advertising. The proposal focuses on data minimization, meaning companies would only be allowed to collect and use people’s data if it’s deemed as “necessary” under some 17 permitted purposes—like preventing ad fraud or completing transactions. Every other reason for collecting data is prohibited under the bill.

To that end, it would restrict companies from collecting and using “sensitive data,” which includes basic demographic and online activity data for typical advertising targeting purposes, according to Polonetsky. People would be granted new rights to access, correct, delete or opt out of targeted advertising.

Hampering the ability to target ads based on personal data could slash ad revenue and hurt small businesses, while jeopardizing popular ad-supported digital services, according to The Association of National Advertisers. As a result, many popular free and low-cost digital services may have to introduce fees or raise prices.

By comparison, the current state laws, such as California Consumer Privacy Act, are modeled on opt-out of sale requests, which means that advertisers would still be able to collect data on people who are happy for them to do so.

Advertisers would rather navigate the patchwork of state laws instead of implementing a national standard that deeply restricts targeted advertising, according to Polonetsky.

“There’s so much progressive legislation around data privacy that’s already being enacted [in California,” said Rizwan Virani, CEO of Alliant Cybersecurity. “So, choosing California as a [privacy] blueprint is good for businesses who do not want to navigate fifty different standards.”

If the House or Senate shifts in favor of Republicans after this year’s elections, “it changes the dynamic considerably,” said Rich. The new Congress may pick up the bill and reconcile some confusing inconsistencies about how the current ADPPA handles advertising. 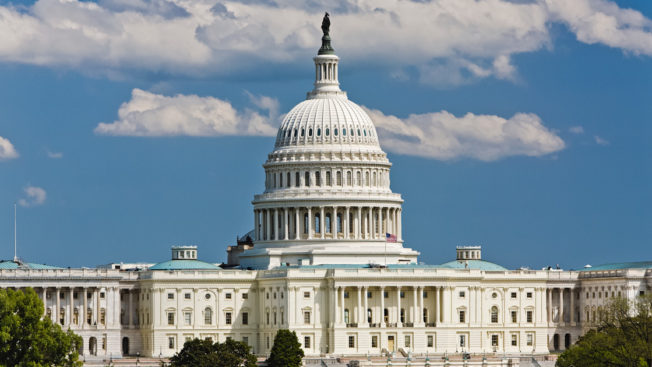 Recipe for a ‘Flood of Lawsuits’: Industry Calls for More Specificity on the Federal Privacy Bill

CTV Is a Young Channel, But Industry Collaboration Will Nurture Its Growth

The 3 Cs of an Activated Holiday Strategy

Making CTV a Key Part of Your Full-Funnel Ad Strategy