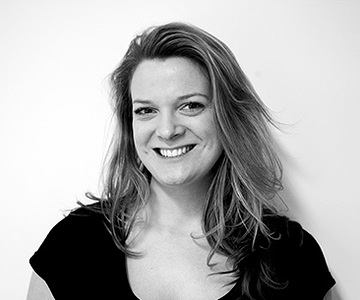 There’s still a lot of room for improvement in how the industry tackles brand safety, but slowly, the move away from broad-sweeping keyword blocklists is gaining pace.

For its part, Dow Jones has built an artificial intelligence tool to sharpen advertisers’ keyword blocklists, making them suitable and relevant for the company’s three titles. In doing so, it’s grown its volume of monetizable inventory threefold, on average, and improved the reach and effectiveness of advertiser campaigns.

In April, Dow Jones began offering the brand safety tool SafeSuite as part of its toolbox of products to encourage advertisers to spend more while marketing budgets were on a coronavirus-induced hold. The tool takes advertisers’ keyword blocklists—used to keep ads away from unsuitable or unsafe content online, but often including general news content—and shrinks them to be more relevant to The Wall Street Journal, MarketWatch and Barron’s.

In August, Dow Jones had 98.4 million global unique monthly visitors, according to Comscore. The publisher wouldn’t share how much revenue it lost through advertisers’ overzealous keyword blocking, but its focus on business and finance meant that it was more shielded compared with general news publishers.

The last six months have been rocky for news publishers’ ad revenues, and at the center is keyword blocking: Each overlapping crisis hitting the news cycle prompts advertisers to add more words to their lists, avoiding their ads appearing next to unsafe or unsuitable content. Publishers including Gannett’s USA Today and Dow Jones expect an increase in companies blocking ads from election-related stories.

So far in the U.S. this year, extreme keyword blocking has cost U.S. news publishers $4.1 billion, according to estimates from cybersecurity firm Cheq. March was the peak, squeezing publishers’ programmatic ad revenue. But the situation has significantly improved, said Stevan Randjelovic, director of brand safety and digital risk for EMEA at GroupM: In a data sample, “coronavirus” and its derivatives no longer feature in the top 15 words on the agency’s clients’ blocklists.

“Overall total keyword blocking is down 30% versus the same period a year ago,” said Joe Barone, managing partner for brand safety Americas at GroupM, due to “reducing exact match keyword blocking in favor of more sophisticated semantic avoidance.” Barone added that about 5% of GroupM’s U.S. blocking activity is related to President Donald Trump or the election.

But it’s not just reducing the list—understanding the suitability of the article adjacent to the brand message is key. For instance, on MarketWatch, a story could include that a company “IPO killed it” and the tool would recognize the article’s suitability for ad placement. Using the tool increased the campaign clickthrough rate for its luxury client by 10% compared with using a client-provided list, Stinchcomb said.