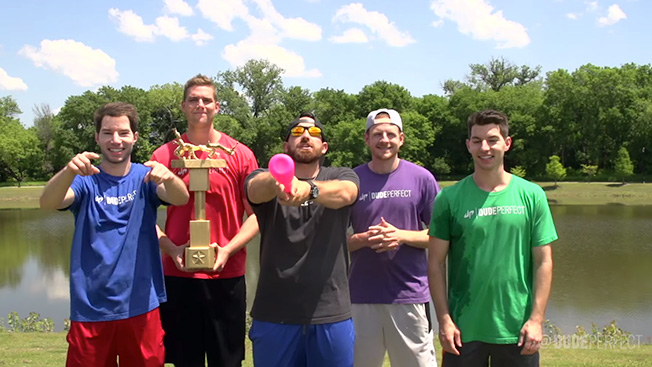 While other multi-channel networks tout their creators' deep connection with their audiences through personal vlogging or comedy skits full of millennial humor, Whistle Sports believes it can resonate in a more meaningful way: Its talent bonds with viewers through their mutual love of sports.

Whistle Sports then previewed some of its upcoming shows:

To cement the fact that there's a little bit of a sports fan in everyone, Whistle Sports let advertisers mingle with its creators including Rabil, the guys behind Dude Perfect (who tossed footballs into the crowd), pool shark Florian Kohler of Venom Trickshots and the Harlem Globetrotters.