What Advertisers Need to Know About Facebook’s Mobile Ad Network

Explanation from a product team member 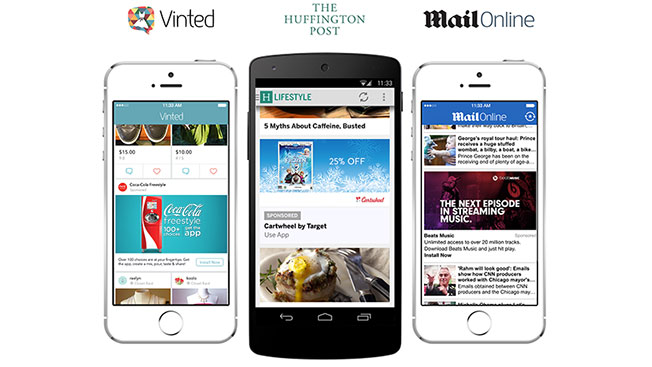 The ad world got its first look at Facebook’s plans for mobile domination with an ad network that will serve sponsored posts outside the social network and into a whole ecosystem of apps. The Facebook Audience Network is expected to do for mobile advertising what Google’s AdSense did for desktop.

Sriram Krishnan, a member of Facebook’s product team, walked Adweek through the main features of the Audience Network, which was revealed at today’s f8 developers conference in San Francisco today.

Publishing partners can customize the kinds of ads they serve. They can make banners, native and interstitial ads that conform to the design standards of the app. “If you have an app with a custom look and feel, you can make an ad that fits the user experience,” Krishnan said.

So far several apps have tested the ads including Huffington Post, The Daily Mail, the game Cut The Rope, and e-commerce company Vented. “The publishers have ads that are relevant to the people on their app because the ads are backed by targeting information,” he said.

On top of the usual Facebook targeting categories like age, gender, interest, zip code, advertisers also can use Custom Audiences, which allows them to retarget ads to users who visited their website. “On the advertiser side, they use the same targeting that they use when running Facebook campaigns, but now in other apps,” Krishnan said. “It’s about extending the reach of Facebook campaigns.”

The advertisers can choose either app-install ads or deep-linking ads that direct users to places within apps. So if a Target customer left a shopping cart empty, the retailer can send an ad with a link to the cart in their app.