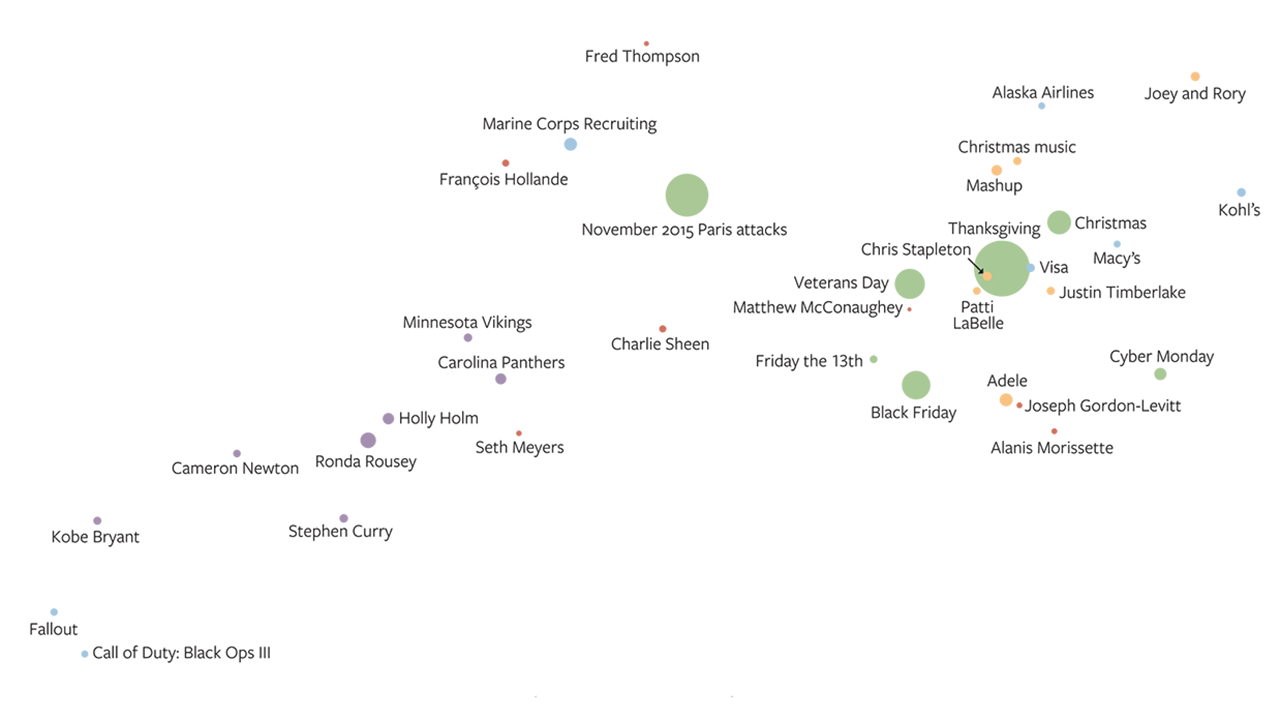 When Facebook rolled out safety features during the recent Paris attacks, folks fired off a slew of comments about the news on the platform, showing that the Menlo Park, Calif.-based company's massive size has the potential to spark global conversation.

The Paris attacks were the most notable topic of discussion in the fourth edition of Hot Topics, a partnership between Adweek and Facebook to show readers what people talk about most on the platform.

Check out all of November's biggest topics in the two charts below: 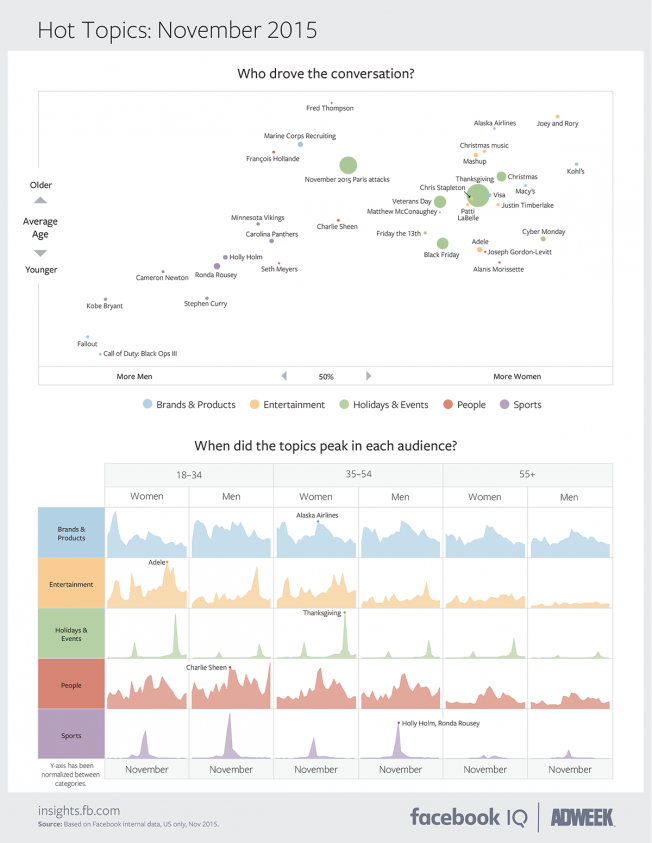