Tips on Pitching from NYT, TechCrunch, Forbes, and More 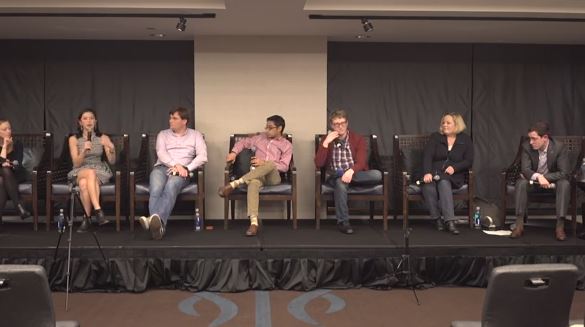 First a disclaimer: Ed Zitron of EZPR is a fighter, not a lover. You could probably guess as much from the title of the media panel he assembled last month: “Let’s Make PR Less Awful.”

Newsweek described him as “the world’s most self-loathing PR person,” and anyone who follows him on Twitter knows that this is just the way he rolls. (Hi, Ed!)

That point aside, the hourlong panel and following Q&A segment is a must-watch for anyone curious about how to effectively pitch some of the industry’s most influential tech journalists:

Being a generous guy, Ed invited young PRs in the San Francisco area to attend. Here’s the video with our key points below:

“The people…in PR that are doing a good job actually do pitch me via DM on Twitter now.”

Tips (and yes, some of these are obvious):

Guynn may have the most relevant point: the “relationship” between PR and journalist should come before any pitch.

“We notice if you really know what we cover and what interests us and you’re taking the time to appeal to us personally. It really makes a difference.”

On the “exclusive” point, Taylor tells a horror story around the 35 minute mark regarding a “scoop” pitched to both TechCrunch and VentureBeat. That’s a huge no-no.

Farhad may be PR’s most active defender among the group: he claims that terrible pitches have indirectly inspired subsequent stories. And as Taylor puts it around 39:00, even bad pitching may be redeemed by good clients:

“All of us have said at some point, ‘screw this person…what a mess.’ But if that person comes to you in a month with an awesome client, you’re going to write about it.”

As Zitron then notes, big-name clients will continue to excuse poor practices until the end of time. This isn’t a good thing.

The Q&A section is also interesting for insights on how these particular journalists work: we have to admit that we are a little jealous to learn how infrequently they post. The next-to-last question, around 55:15, is particularly great for allowing a young PR pro to point out some serious flaws in the current agency model.

The basic common-sense lesson here: journalists and PRs are two classes of humans with at-times conflicting interests. The more often we can find common ground (especially on Twitter), the more productive our “relationships” will be.

Is PR really a “Biblical blight,” though, Ed?

Now we’re a little sad that we missed the full bar.