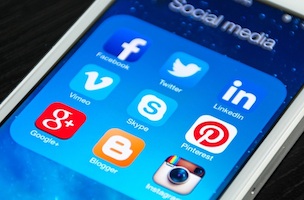 Did you know that 60 percent of Twitter’s ad revenue is expected to come from mobile advertising by 2015?

Two-thirds of smartphone and tablet users already access social networks via these devices, and with 1.4 billion smartphones in use in 2013, marketers are doing the math – mobile marketing in the U.S. is on track to generate $400 billion in sales by 2015, up from “just” $139 billion in 2012.

Platforms such as Twitter, Facebook and LinkedIn are staking their claim, too – U.S. social media ad revenues are expected to reach $11 billion by 2017. This visual from WebDAM looks at 25 statistics that will drive the face of mobile marketing.