He's ready for an all uphill journey. 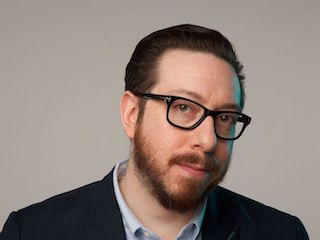 You cannot blame Josh Topolsky for trying. That’s exactly what he’s doing with the upcoming launch of his new site, The Outline. He’s trying.

In an interview with Poynter, Topolsky attempted to explain what will set The Outline apart from the deluge of similar sites. While he didn’t exactly do that, he did show that he has his sights set high.

When asked how The Outline would cover the film The Avengers, Topolsky suggested writers might see if there’s a connection between the movie, its ideals and the rise of Donald Trump. Sure, that’s not an original idea, but it gives you some context for The Outline’s focus.

“What they do is say, ‘What can I say that’s interesting here? What story can I tell that no one has told before?'” said Topolsky. “Those are the areas of focus and interest. And that certainly does not mean to me and to any of the people I’m working with that you play the same game that everyone else is playing. And that, for us, is the challenge every day: How do you be interesting? How do you make them curious, how do you engage them?”

As anyone in media will tell you, those are two, very big and puzzling questions.