Here’s How to Optimize Your Charity Fundraising in 2014 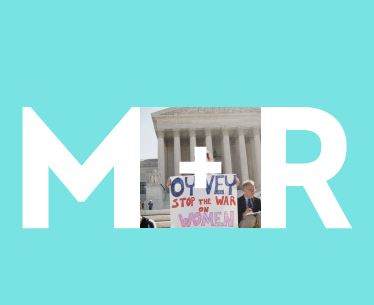 If you work with nonprofit clients, then you should be familiar with a couple of the key findings from consulting company M+R’s new “benchmarks” study on trends in fundraising:

What does it all mean? We’ll tell you, with the help of M+R VP of creative development Will Valverde, after the jump.

But first–in case you think we’re all taking this too seriously–here is M+R’s self-described “over the top” trailer for the report.

Why do you think success rates for traditional fundraising tools like email are down?

Whoa, whoa, whoa! Who said email is less successful now? Yes, we saw declines in key metrics, including response rates (which were down by 11% for fundraising messages) – but audience sizes still grew by 14%, and about a third of total online revenue still came in directly from email. So even if a user is on average less likely to donate to a given message, email programs are not looking less successful.

As for whether the declines will continue, a lot of these trends are less about what organizations are doing, and more about how people are using email and the internet more broadly.

I wouldn’t be surprised to see these parallel trends continue: bigger audiences, more revenue, but a harder time breaking through with any given message.

Given these numbers, should nonprofits move away from email?

Short answer: no! But the long answer is almost always more interesting.

Let’s say a supporter on her morning commute reads a fundraising message on her phone but doesn’t feel like pulling out a credit card and filling out the form while she’s sitting on the bus, so she waits until she’s at the office, gets on her computer, and goes directly to your website to complete her gift.

In that case, email drove giving, but it doesn’t get captured in the data as an email gift… it’s not unusual to see email subscribers give two to three times as much through non-email channels.

So the important thing is to make sure you are presenting a compelling case for giving that is consistent across email, social media, your website, even DM and telemarketing.

What’s the key to fundraising success on social media?

The first thing to keep in mind is that Facebook has made it much less likely that a given post from your nonprofit will show up in your supporters’ newsfeeds. So if you really want to experiment and find what works, you’ll need to invest in some paid promotion.

The good news is that this is relatively inexpensive.

Increasing your ROI comes down to making the most of Facebook’s sophisticated lookalike modeling and other targeting techniques while testing a wide variety of creative. We are constantly surprised at which combinations of imagery and copy generate the biggest response, so nobody should assume that there is a magic bullet here.

What was the most successful trend in the study?

International groups saw huge growth in revenue, especially when you look at one-time giving and revenue per website visitor. We think this is most likely due to the outpouring of support after Typhoon Haiyan devastated so much of Southeast Asia. At the same time, rights groups came down to earth after a really huge 2012.

This all adds up to one of the old maxims of online fundraising: the moment really matters, and you have to be timely, flexible and opportunistic if you want to be successful.

What do you think of a recent study finding that most nonprofits struggle to raise money online, primarily because their ask isn’t aggressive or convenient enough?

If there’s one thing that drives me crazy, it’s organizations that hide their donation asks. Your donors are busy, and you are competing with a ton of other worthy, important nonprofits, so making it difficult to give is a disservice to your donors and your cause. If you want people to give, you gotta ask — and if you want to be heard, you gotta be loud.

The same thing goes for your website: we found that 0.69% of nonprofit website visitors end up making a gift – which translates to 60 cents per visitor, yet traffic is on the rise.

If you could optimize your web page to bring that 60 cents per visitor up to 65, 70, or more – and then multiply that by a growing audience – wouldn’t that just dramatically change your online program?

How much does the success of a given campaign rely on the message as opposed to the medium?

Good storytelling is good storytelling, and that’s essential to creating a connection with donors and moving them to give. But how you get that message across is going to look very different depending on the limitations and opportunities of your medium.

The thing to keep in mind with medium is reach. For every 1,000 email subscribers, our study participants had 199 Facebook fans, 110 Twitter followers, and 13 mobile text subscribers. Social media is growing faster than email, but it’s got a ways to go to catch up just in terms of size, let alone as a driver of revenue.

What is the primary strategic mistake these organizations are currently making?

I feel like a heel for saying it, but the biggest mistake is just not doing enough.

What will the successful campaign of the future look like?

Nobody knows. Somebody’s out there figuring it out right now (you can be sure we’re working on it!), trying something bold and different. And in a few months everyone’s going to be shaking their heads wondering why they didn’t come up with it first — and then racing to replicate it.

What do we think? Have we witnessed the same trends among our nonprofit clients?