Here’s Everything You Need to Know About Mobile Payments

It's a complicated mess, to say the least 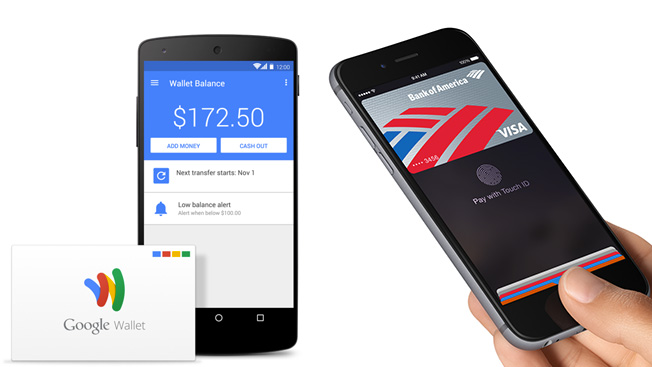 During this week's Mobile World Congress in Spain, Google announced it is getting into mobile payments with a technology called Android Pay that lets people buy things by tapping their phones at cash registers in stores.

While the move is interesting and long awaited for mobile marketers, the reality is most people have no clue how mobile payments work or what they actually do.

Broadly speaking, mobile payments power the technology inside your phone so you can check out either online or in a store. Apple and Google are the two biggest players in the space, but there are a number of startups and smaller names that are all grabbing for what Forrester Research predicts will be a $27.5 billion industry by 2016, up from $3.5 billion in 2013.

Here is a quick explainer to bring you up to date with mobile payments.

What is Android Pay and how does it work?

Google is building out technology that will let people shop from brands' mobile apps. The Mountain View, Calif.-based company did not say this week which apps will be included (or when it will launch), but it will most likely require people to first store credit card information with Google.

Using NFC technology, people tap their phones against retailers' cash registers, triggering a charge to the credit card Google has on file.

Doesn't my iPhone already do that?

If you have an iPhone 6, then yes, it does. Apple launched Apple Pay last year with a slew of brands on board, allowing you to shop using your smartphones.

The difference with Google is it supports a so-called "open platform" app ecosystem. In layman's terms, that means developers have a bit more flexibility in how they build mobile apps. Conversely, Apple favors a "walled garden" approach, where it controls the kinds of apps that developers create.

That slight change could give mobile payments a big boost from brands, said Scott Forshay, senior strategist of mobile and emerging technologies at Mutual Mobile.

"Google has squarely sided with the open-source movement in the payment space, which could give even the staunchest Apple proponents a cause for concern in the mobile payments arena," he said. "For brands, this provides increased flexibility and greater degrees of control over their mobile transaction systems, which is in interesting contrast to the limitations of being forced into a tightly-controlled payment application, as they have been to date."

Why would Google try to compete with Apple?

Google wants to cozy up with marketers and form the same types of relationships that Apple has with Apple Pay.

Google also has troves of data on its users, which marketers want to get their hands on to better target people with online advertising.

Android Pay is the second time Google has tried to make a dent in the mobile payment space over the past few years. In 2011, Google launched Google Wallet—an app that stores loyalty cards and offers—but some say it fell flat because brands struggled in getting consumers to use it on a regular basis.

"Google has been trying for ages to get mobile payments in stores to work—they were the original Apple Pay," said Forrester Research analyst Sucharita Mulpuru-Kodali. "Google Wallet was dead on arrival because there was no traction with merchants or consumers when it launched."

Android Pay also comes on the heels of some big acquisition news. Last week, Google acquired the technology behind mobile payment company Softcard. Softcard (formerly known as Isis) was the joint venture between AT&T, T-Mobile and Verizon founded back in 2010 and was primarily viewed as the carriers' attempt to control all the moving parts of smartphone-triggered sales. Softcard signed deals with big-name brands such as McDonald's, Jamba Juice and Toys"R"Us, but the launch was delayed multiple times before Softcard became widely available in 2013.

Google hasn't said what it plans to do with Softcard, but with three of America's biggest carriers already on board to power the back-end of mobile payments, it has a chance to lure support from big brands.

Whoa, this sounds way too technical. Should I care?

Maybe. People are interested in paying with smartphones for the same reason they read most of their news there: It's convenient.

In theory, being able to pull out a smartphone that's loaded with cash, digital loyalty cards, a list of contacts, social media apps and a connection to the Internet should make it quicker and easier to check out at stores.

But, of course, the number of steps involved in actually buying something in the real world through a smartphone makes it difficult. In one second at the cash register, retailers have to sync up a phone with the technology powering the point-of-sale device, which then also ropes in the credit card brands and companies powering the back-end logistics.

Plus, pulling out a credit card is a reflex that payment companies haven't been able to get people to break.

"The truth is that nothing any of these players have released is such a huge improvement over the incumbent payment solutions that they're likely to displace our current ways to pay anytime soon," Forrester's Mulpuru-Kodali said.

So Google and Apple will ultimately determine how I use my phone to pay for things?

Not necessarily, but they are the two biggest players since they manufacture smartphones.

Samsung's been a bit slower to mobile payments but will launch its own technology called Samsung Pay this summer. Unlike Apple and Google, Samsung Pay doesn't require retailers to invest in new cash registers because it works with traditional credit card readers. To buy something, people will tap their phones against the credit card reader.

Meanwhile, PayPal acquired Paydiant this week, a startup that powers in-app transactions for brands like Subway and Capital One.

The bottom line? No, you won't be swapping out your credit card permanently for a smartphone anytime soon, but that's not going to stop retailers and marketers from trying to persuade you to use a mobile device while checking out.

And at some point, maybe you will instinctively grab a mobile device over your wallet, as long as there is a compelling reason to do so.