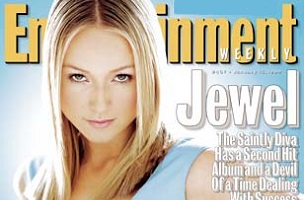 Great #longread over at The Awl by Anne Helene Petersen. In retracing the rise and semi-fall of Entertainment Weekly, she discovered that three cover stories stood out in the minds of former employees as notable examples of victories from the battleground of editorial integrity.

The story significantly compromised Jewel’s image, and when Howard Stern read extensive sections of the profile aloud on the air, it only amplified the problem. Atlantic [Records] was so furious that it refused to provide advance product or answer fact-checking queries for reviews in the magazine. Forget synergy: the two realms of the Time Warner universe weren’t even speaking.

The other, similar examples cited by the rank and file to Petersen are 1999 and 2001 cover stories about, respectively, Warner Bros. movies Wild, Wild West and Harry Potter and the Sorcerer’s Stone. Much, much more to digest in the Petersen piece; bookmark, read it here.