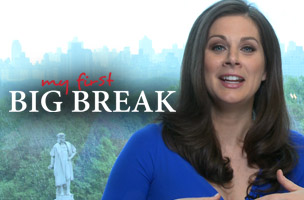 Erin Burnett’s first big break came in a very old school way. She wrote a letter to someone in the TV news business whom she admired. But it went beyond just letter-writing. “I was essentially a Willow Bay stalker,” Burnett tells us. But her desire to work in broadcast news began much earlier in life and involved Dan Rather. “I kissed Dan Rather every night. I’d go over and give him a peck on the lips on the TV.” Here’s Erin Burnett’s First Big Break:

Dan Rather was one of the first people we profiled in our “My First Big Break” series back in 2012. For that, and more videos, check out our YouTube channel and follow us on Twitter: @mediabistroTV