6 Experts Offer Tips on the ‘Death’ of Facebook Organic Reach 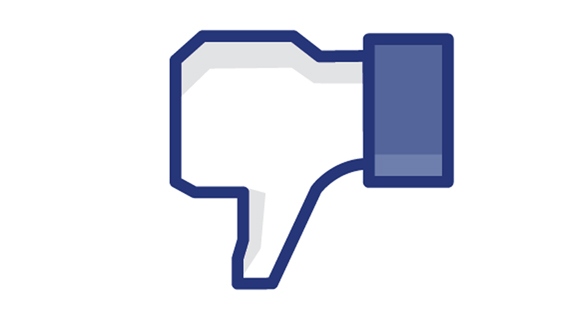 A recent article in the International Business Times told us something everyone who works in PR, marketing, and advertising has known for a while: Facebook’s “organic reach” is about as healthy as Brian Williams’ career.

Facebook first addressed the issue back in June and promised to ensure that “overly promotional posts” would not reach as many users moving forward. The Super Bowl made clear that, for brands, it’s either pay up or GTFO.

This change has been especially challenging for non-profits, which don’t have the budget to buy many Facebook ads.

We asked several industry experts to comment on the change and offer strategic suggestions.

Jason Falls, social media influencer and SVP at Elasticity, isn’t convinced that organic reach is truly dead. He posted on the topic this week, and he tells us:

“The easiest way to make your content rise to the top is to make sure your content is both relevant to the audience you wish to reach and outstanding in the sense of pushing an emotional trigger. The problem with most brand content — including non-profit — is that they churn out the same old, boring crap they’ve churned out for years and expect that to be awesome for their target audience.

But guess what? It’s the same old, boring crap.

Look at it this way: Maroon5 released ‘Songs About Jane’ in 2002. Are we still listening to ‘Harder to Breathe’ or ‘This Love?’ No. They come up with new tunes, new hooks and new sounds every so often to keep us buying their records. A content marketer has to do the same thing. We have to reinvent what’s hip and cool and worthy every so often or our content becomes the same song over and over again.”

“Unless you’re paying for posts, you can’t get the reach you used to get…period. What has to happen for non-profits to get the traction they need? Pay to boost posts so people actually read them.

Should non-profits devote less time to Facebook? Not necessarily. There’s still a big audience there, and ignoring it would be a mistake. The cost is not THAT expensive; it’s about $20 to reach 5,000 readers.

I would hope that Facebook, like Google before it, might work to create a grant program for these organizations (groups can apply for thousands of dollars worth of free Google ads for Google).

There has to be a “meeting of the minds” in which Facebook recognizes the importance of these groups and gives them free ad space in the interest of being an equalizer.

Not everyone agrees completely. From Joey Hodges, director of earned media at San Francisco agency Swirl:

“Organic reach on Facebook is a thing of the past, practically extinct. If non-profits don’t have a dedicated budget to invest in the platform, it doesn’t make sense to continue spending time and resources on creating content which will reach only a few.”

“The problem is when a non-profit refuses to pay for advertisements, or rely solely on Facebook for social messaging. Many non-profits forget about the value of conversation on Twitter and the impressions that Pinterest and Instagram allow. We knew organic reach was dwindling in 2013, social is a single facet of the diamond, and a marketing plan can’t shine without everything coming together.”

“I would never tell a client NOT to be on Facebook, but without an ad budget you are going to struggle to reach significant eyeballs. I recommend to all my clients, non-profit or not, that they must allocate as little as $250/month to guarantee reach.

It takes a lot of testing, amplifying, and optimizing your ad targets to ensure you are getting quality engagement…and we are helping some of our clients understand that engagement and fan growth may not be the end all and be all.

For e-commerce clients, if we aren’t driving quality traffic to their site and in turn selling products as a result of that traffic then we aren’t doing a good job.”

Finally, from Ebony Grimsley, owner of Tampa Agency Above Promotions:

“Non-profits need to determine who they are trying to reach in social media campaigns. Are they looking for people to service or looking for potential donors?

If they want to play in Facebook’s playground, then they should look to either create and promote themselves as a Group on Facebook or set a budget to reach followers. If they want to look for donors, they should seek using platforms like LinkedIn.”

What do we think? How has client strategy changed in the wake of Facebook’s move away from organic reach?