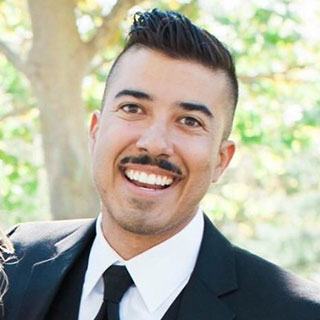 This story starts with my problem with tabs.
I work in digital/social strategy and I try to read as much as possible, so I habitually command+click open a bunch of interesting looking links that might take me a few days to clear. Clearing a backlog of tabs at LAX the day before Thanksgiving, I re-read the Adweek article about an Italian agency taking on an ambitious project. I fondly remembered reading about Le Balene last year, when three of their members walked 125 miles for a pitch, filming themselves working along the way. This year, for “The Voghera Housewife,” the same three would be working inside a home in a small town an hour outside of Milan; the aforementioned housewife would be working alongside them on projects from four prospective clients.
The article mentioned that the agency was looking for someone else to join them; in the words of CEO and account director Marco Andolfalto, “someone with a different perspective, coming from a different country and, of course, speaking a different language.” As I fit this basic criteria, I emailed the address in the article on a whim.
I woke up Thanksgiving morning to a reply from Italy. On Sunday, I woke up in Italy for the first time ever, on the tarmac of Milan’s international airport.

Le Balene is a closely knit team working in a space close to Milan’s canals. Freelance specialists share their building, and often collaborate on agency projects. I showed up to the agency the next day and met Marco and creative director Francesco Guerrera in person, along with videographer/editor Emanuel Marletta, who would shoot, edit and publish top-notch video content every day of the experience. On the drive down to Voghera, Francesco brought me up to speed on what we knew of the clients and the briefs we had received so far.
Copywriter Davide Canepa was waiting for us along with the eponymous housewife, Michela Boccio. Our first two clients of the week were Sorgenia and Casa.it, respectively an energy company in Italy’s de-monopolized energy sector and an Italian combination of Apartments.com and Zillow. We were looking to pitch both clients on working together.
After a delizioso home-cooked lunch, we went on a brief tour of the city. There was a planned run-in with some representatives of one of the prospective clients, charity ActionAid. We were able to get Michela’s live reaction to being asked to adopt a child in another country to the tune of 300 euro a year. We worked on our ideas for the two clients, and then followed it up with another meal featuring Italy’s two main food groups, carbs and cheese.


On day two, the Phillips Italy client came to the house to brief us. The client also got to observe Michela, Francesco and Marco take turns using the Phillips vacuum, iron, air fryer, and pasta-making machine, the four appliances that were to be our focus. Also participating in the discussion were two representatives of Fattore Mamma, a “mommy-blogger” network, as Le Balene had concepted using the network as part of the idea.
After lunch, we did the first of four daily afternoon Facebook Live sessions in conjunction with Casa.it. The Balenes asked members of the Casa.it community to drum up creative solutions to the clutter around Michela’s house. These livestreams were teased daily with highly exaggerated videos previously produced by La Belene.


ActionAid came to the house to brief us on the third day. We were able to share Michela’s thoughts on the price point with the client; although their marketing touted it as less than a euro a day, Michela pointed out that was the same cost of car insurance for a year. That night, Michela, her family, myself, the Voghera Housewife team and the rest of the Le Balene agency had dinner at a local restaurant.

Finally starting to overcome the nine-hour jetlag, I woke up early enough on the fourth day to join Davide and fellow two-time marathoner Marco on a 10-kilometer (6-mile) run. Even though I prefer running when it is cooler outside, my normal Californian minimal-clothing approach was severely put to the test by the sub-freezing temperatures. I ended up having to wrap my shirt and headgear around my hands at the halfway point, preferring to restore feeling in my hands at the expense of exposing the rest of my body.
Nothing like a little danger to spice up a team building exercise! After a “kitchenstorming” session in the morning, we put the final touches on our presentation for Sorgenia and then presented the deck from the living room. That night, we ironed out the details on the ActionAid pitch, probably the idea to which I had contributed the most thinking.


After a whirlwind four days, the last day was bittersweet for everyone involved. We presented to Phillips and ActionAid, and after one final Facebook Live session with Casa.it in Michela’s backyard, we were done.
Participating in “The Voghera Housewife” was at times surreal for me; I dove into a news story and lived it firsthand. Earlier in 2016, I reframed my life motto as “Risk everything.” This adventure was certainly an example of jumping without looking, but the knowledge and experience I gained paid off the gamble.
Even though it was relatively brief, I envision that the exchange of culture and ideas will continue to prove invaluable to me throughout my career. More immediately, as I was interviewing for my next strategy role upon my return to the U.S., I was able to discuss the awesome way I was keeping my skill set active and my mind sharp in phone interviews from Italy and in person once I got back. There are always challenges taking on a new client (or in this case, clients), such as learning new relationships, tackling a different vertical, and/or the new target demographic may have shifted to a different subset of millennials. As part of “The Voghera Housewife,” I faced issues like these without being able to rely on much of my implicit knowledge, and while often imperfectly following the rapid-fire Italian.
From my perspective, my job as a strategist is about seeking understanding. So, I researched the clients and their industries, tabbed open any relevant articles, asked a lot of questions, and threw a lot of things up on the wall to see what stuck. A good idea is a good idea is a good idea, no matter the client or the size of the budget.
Michela was a rockstar as a one-woman focus group and pseudo creative director, and had no problem being on camera in the Live sessions. She actively participated in the client briefings and gave us great insights that we used to develop our ideas.
Certainly not least, she kept us going with the kind of authentic Italian food and dessert you’d pay top dollar for in the U.S. The portion sizes made me seriously question how Italians stay trim. How does one say no to a third helping of homemade tiramisu? For their part, Balenes Francesco, Marco and Davide, as well as videographer Emanuel, epitomize being nimble and the all-hands-on-deck approach seen in a new-business war room. Each day in part, and over the week as a whole, they did what might normally take a much bigger agency team (and perhaps a specialty partner vendor or two) significantly longer. More with less, and faster too.
They’re also multi-hyphenated; besides meeting with the clients, working our ideas into decks, and presenting them during the week, they also participated as unscripted talent and served as a production team in daily Facebook Live videos both for their own page and Casa.it. Every day, Emanuel captured what we were doing on film, and finished stitching a video together before dinner. Davide, a musician in an Italian reggae band (!) on the side, composed the music in the videos. As “The Voghera Housewife” generated PR for their agency, the Balenes all took various interviews over the week. This included a radio station crew invading the living room and doing an interview of all of us live over the air!