Even Sarah Paulson got in the mix 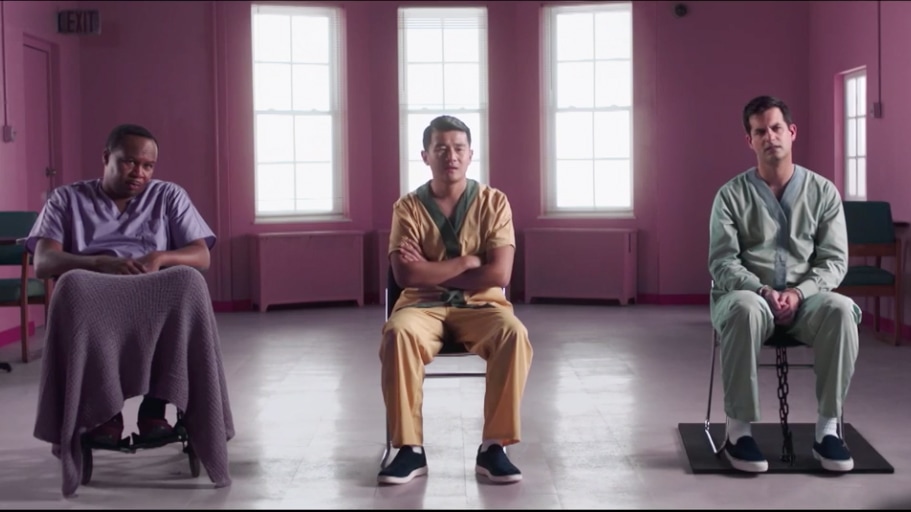 Sharp-eyed viewers who watch The Daily Show with Trevor Noah tonight will something familiar during the first commercial break.

In partnership with Universal Pictures, the network’s branded content team did a spoof of the upcoming movie, Glass, from director M. Night Shyamalan. The 90-second spot will launch during the first commercial break of the show tonight, and an extended two-minute version will go live across social media platforms.

“Partnering with the Daily Show provides advertisers the opportunity to be a part of the cultural conversation and create a meaningful connection with our fans,” said Michelle Zoni, svp, Viacom Velocity and Comedy Central.

“The Daily Show’s coverage of pop culture is so much fun” said Annah Zafrani, senior vice president of integrated marketing for Universal Pictures. “So they were a perfect partner for M. Night Shyamalan’s Glass, and we were thrilled that Michael, Roy and Ronny offered to step into the shoes of our three stars, and to use their own superpowers to create a hilarious film parody sketch.”

The teams sat down when the spot was first kicked around and determined that The Daily Show was the best property to showcase the film by highlighting the seemingly dark topics the film cover, but with humor.

The campaign was the branded content team’s third time working with Universal Pictures, and the team has created more than a dozen other spots featuring correspondents from The Daily Show with Trevor Noah for brands that include Uber, Geico and Twizzlers.

“We want to create content that will entertain and engage our fans wherever they are,” Zoni said.

THE DAILY SHOW with TREVOR NOAH