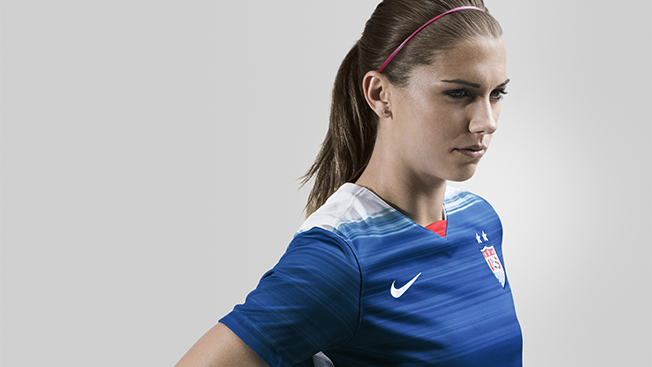 The U.S. women's soccer team captivated the entire country during its thrilling World Cup win last summer, and before gearing up to do it again at the Rio Olympics in August, the players' fight for equality off the field has attracted waves of attention and support. Brands are taking notice, and analysts say that more endorsements could be in their future as a result.

"Their endorsement value is white hot," said Matt Powell, sports industry analyst at NPD Group. "Plus, the pay disparity is shocking, and in some ways, that may win them more fans."

In March, players from the World Cup-winning team filed a complaint with the Equal Employment Opportunity Commission to fix discrepancies in women's team members' salaries, bonuses and appearance fees in comparison to the U.S. men's team. When the U.S. women's soccer team won the 2015 World Cup, the team earned $2 million in prize money, while the U.S. men's team, which lost in the 2014 World Cup's Round of 16, earned $9 million. According to a New York Times op-ed by FIFA Women's World Cup champion Carli Lloyd, for 20 annual "friendly" matches played each year by the U.S. men's and women's soccer teams, the top five players on the men's team make an average of $406,000, while the top five women make an average of $72,000, and for making a World Cup roster, U.S. men get $69,000 from U.S. Soccer, while women get $15,000. Soccer star Alex Morgan also penned an op-ed on the pay equality issue for Cosmopolitan, and teammates Lloyd, Morgan, Hope Solo and Becky Sauerbrunn appeared on the Today show to discuss the wage imbalance.

"This fight for equality has made the American soccer fan base love these women even more," said Roger Bennett, co-host of Men in Blazers, a soccer show and podcast airing on NBC Sports Network and NBCSports.com. "What they're fighting for off the field may be even more transformational for generations to come, which only adds to that brand allure."

Brands already have sought out Morgan, who currently makes an estimated $3 million per year from endorsement deals with Nike, Coca-Cola, McDonald's and Nationwide, and Lloyd, who has an endorsement deal with Visa. In July 2015, Morgan became the first woman to grace the cover of EA Sports' FIFA video game. "There aren't many American male soccer players who are close to making what Alex Morgan makes off the field, or who have been able to develop the cultural significance she has," said Bennett. "I can't overstate the muscle the women have over their young audience right now. Off the field, the women have a level playing field in terms of the men's game in America in terms of sponsorship dollars."

Although Morgan and Lloyd are two of the most visible faces of the team, their lesser-known teammates, including Kelley O'Hara, who already has appeared in ads for Under Armour and chocolate milk, as well as Megan Rapinoe, Julie Johnston and Sauerbrunn, could garner attention from brands after the Olympics, said Jessica Giordano, vp, global sports and entertainment consulting, GMR Marketing. "They're all on the cusp of having massive crossover appeal. If they can walk away from Rio with another gold medal, they would all be really well-positioned to secure endorsement deals," she said.

The biggest challenge that these women face on the endorsement front is soccer's lack of year-round exposure, as major tournaments like the World Cup and Olympics only happen every four years.

"Women's tennis has had great success scoring endorsement deals for female athletes just as equal to the men, but they have that year-round media and sustained exposure that women's soccer doesn't," Giordano said. However, she said that another major global win like the Olympics, and more exposure from the women's professional league in the U.S., could help bridge that gap.

The team's endorsement potential looks bright, overall, said Kris Boron, svp at Upshot. "Assuming that the U.S. women's team performs at the Olympics like they're expected to do, they're going to have significant brand opportunities because they're inspiring, they're relatable, and they appreciate their fan base. From a category standpoint, there's really no limit to the types of brands that would want to engage."