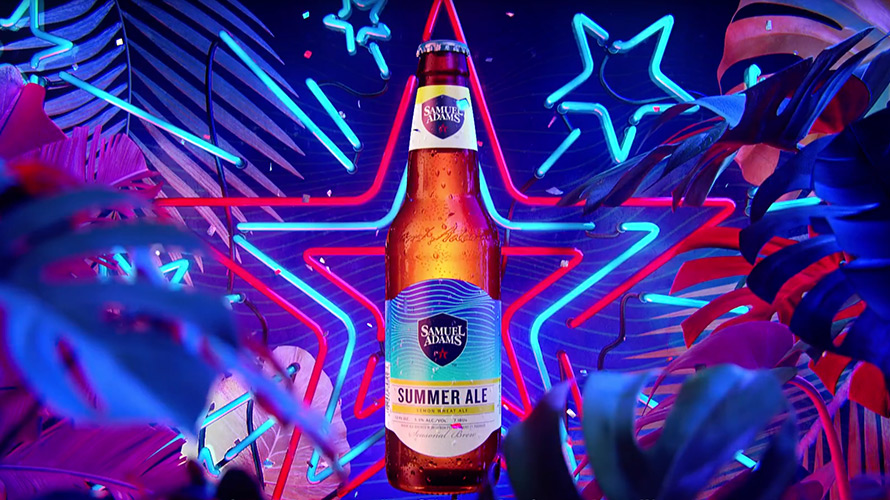 New dancehall-flavored work positions Sam Adams as the beer of the season.
Sam Adams/YouTube
Share
By Patrick Coffee
|
May 3, 2017
Share

The beer world looks very different today than it did when Jim Koch started Boston Brewery and its core brand, Sam Adams, back in 1984.

As the biggest global beer-makers merge and buy up smaller operations, one of the original craft breweries looks to reestablish its place in the market. This task now falls to a new agency of record in independent hometown shop MMB, whose first broadcast work for Sam Adams debuted today.

“Sam Adams makes some of the best beer on planet earth,” said MMB executive creative director Greg Almeida, adding that his agency looks to “breathe fresh energy into the brand” by departing from past campaigns that focused on the act or art of brewing rather than the appeal of the product itself.

The work, which introduces new packaging for the classic Summer Ale is indeed a big departure driven completely by CGI and a dancehall-style cover of the Wu Tang Clan. Almeida described it as “Jamaica meets Wu Tang meets Sam Adams meets Toy Story.”

“We’re looking to better connect emotionally with consumers and we were impressed with MMB’s strategic approach and creative work because it does just that,” said The Boston Beer Company chief marketing officer Jon Potter regarding its choice to go with the hometown shop after a recent creative review.

Like Sam Adams itself, MMB has made some recent changes. It was long known as Subway’s agency of record, but lost that business to BBDO in 2015 before the chain made an about face, ending its relationship with the Omnicom agency and reuniting with MMB again on a project basis late last year. 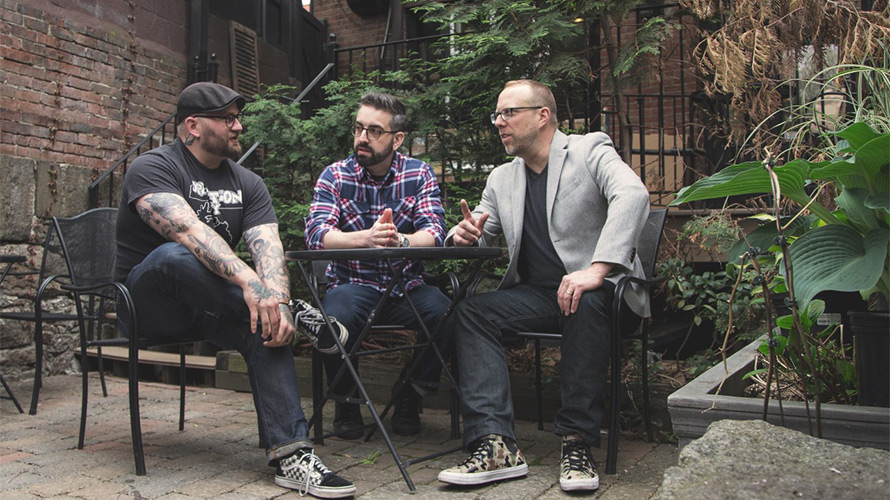 “This agency has kept a low profile for a long time,” said MMB chief strategy officer Jonathan Balck, who joined just over a year ago after working in both agency and client-side roles at CP+B, Best Buy, Victors & Spoils and more. “We hired Greg and [EVP, executive creative director] Travis Robertson away from Arnold to lead the creative department, and then brought me in a year ago. It was a challenge for all of us: the agency had great bones, but it needed a bit of a fresh start.”

Since going through a round of layoffs after the Subway loss, MMB has hired talent from Arnold, Wieden + Kennedy and other agencies while going on a pitch streak and winning such accounts as Bob Evans and The Boston Bruins in addition to Sam Adams. Recent work from the agency, which currently employs approximately 100 staffers, has included campaigns for Coachup with Steph Curry and Gulf States Toyota.

“Your work is your currency,” Robertson said, describing his agency’s mindset as “scrappy” and stating that MMB continues to aim for a roster made up of clients who are, for the most part, going through transitional periods themselves.

“We’re a big agency in a small body,” said Almeida. Balck added, “You know the saying about how success is 1 percent inspiration and 99 percent perspiration? I thought that was really dumb until I started this job.”