Quilted Northern Helps You Forget Your Bathroom Experience, but Not Everyone Is So Lucky 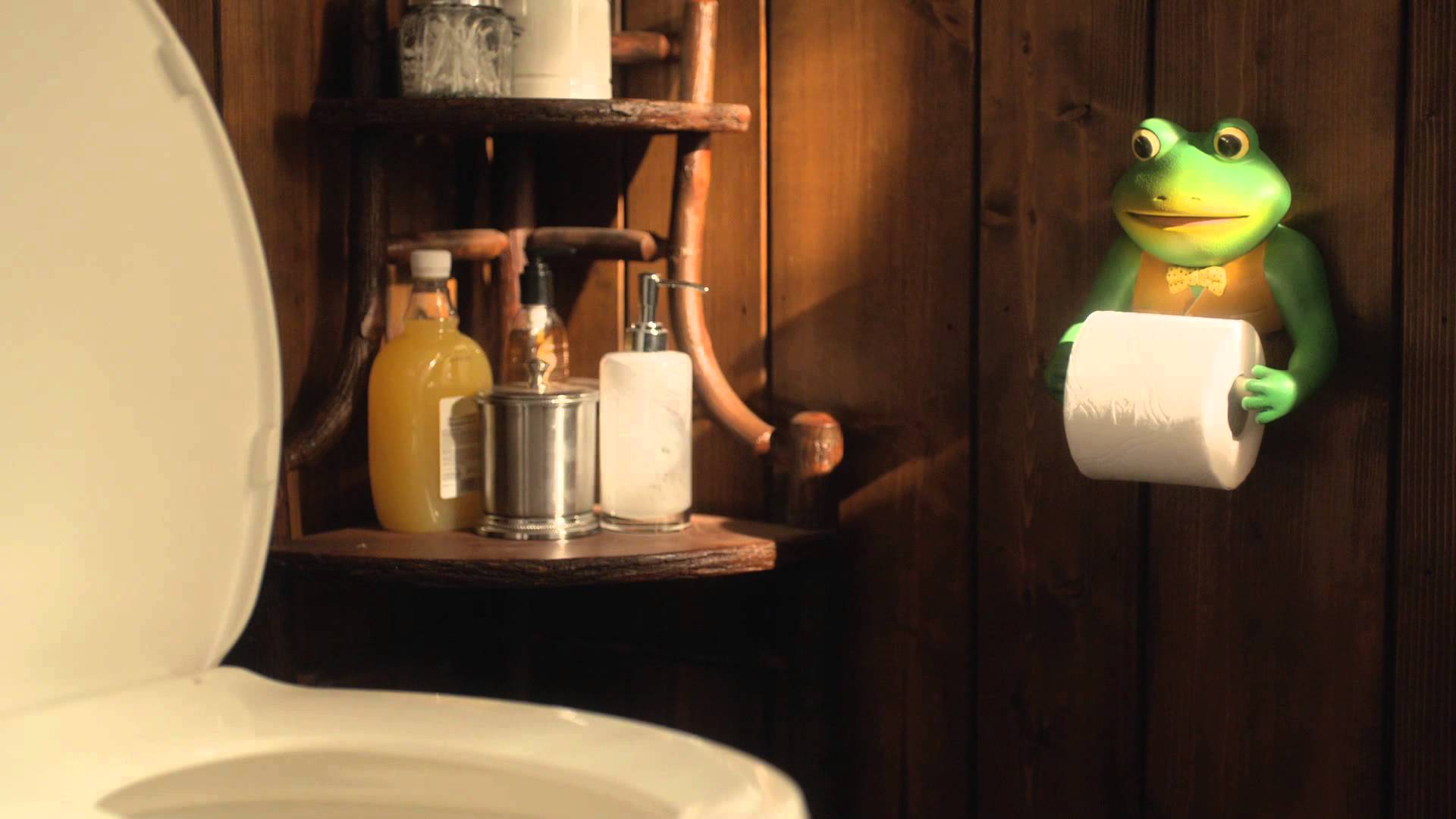 No one wants to dwell on time spent in the bathroom, and toilet paper that's done its job well is easily—and best—forgotten.

But Quilted Northern, a brand forever condemned to bathroom humor, is out with six new spots from Droga5 about the plight of those bathroom accoutrements fated to bear witness, over and over again, to the ill-made products of even the most banal human existence.

There's "Daddy Gator," a reptilian ship captain—a child's toy—perpetually landlocked with his eyes fixed on the john. There's "Little Miss Puffytail," a porcelain rabbit with a similarly distasteful vantage, who wants nothing more than for someone to put her out of her misery. There's "Sir Froggy," the toilet paper holder, who's never flown anywhere, but boy are his arms—and eyes—tired.

Perhaps the best is "Great Grandpa Thaddeus," whose noble visage some ungrateful and spiteful descendant has poised in a most undignified position overlooking the family throne. The "Birds" on the wallpaper are similarly doomed, save one that's been liberated by an even worse outcome. The sixth and last spot returns to child's play with "Conductor Randy," a figurine forgotten underneath the radiator—and a more unfortunate friend.

Based on Quilted Northern's research that people only remember toilet paper when it doesn't work, the campaign's sales pitch—it's so good you'll forget it, but please keep it in mind because of these silly ads—borders on convoluted. But it works well enough, in the end, because they actually are pretty amusing and memorable.

It is a bit surprising that the brand, though, opted against making a stand-in for the Charmin bear one of its tortured animals. Nobody, try as they might, can forget that guy.

Campaign: Designed to be Forgotten