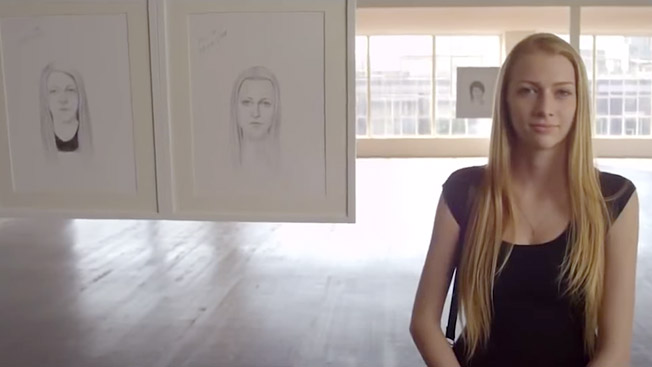 The applause for Dove’s “Sketches” campaign from Ogilvy & Mather continued tonight, with the brand and agency claiming the top prize at the Effie Awards in New York.

A jury of six men and two women awarded “Sketches” the Grand Effie, based on it driving $24 million in incremental sales and garnering $52 million worth of media exposure, all on a budget of just $925,000, according to the winning entry. The centerpiece of the campaign, the latest in Dove’s Real Beauty series, was a three-minute video in which a criminal sketch artist draws the faces of women based on their own descriptions and then on the descriptions of others. The women, it turns out, end up seeing themselves less favorably than others.

The Effie honor follows a string of other prizes, including a Titanium Grand Prix at Cannes last summer and a Grand Brand Genius from Adweek last fall. Other agencies behind the effort included Edelman, PHD and Mindshare.

Six other campaigns contended for the grand prize: Ogilvy’s “Generation Know” for Kimberly-Clark’s U by Kotex; BBDO’s “It’s Not Complicated” for AT&T; Droga5’s “Recalling 1993” for the New Museum; Goodby, Silverstein & Partners’ pedophile-deterrence program for Thorn; Publicis Kaplan Thaler’s launch of P&G’s ZzzQuil; and the weather program that Leo Burnett and Arc created for Procter & Gamble’s Pantene.

Tonight's awards show, held at Cipriani 42nd Street, recognized work that ran in the U.S. or Canada between September 2012 and August 13, 2013, when entries were due.

In a first, a media operation, Starcom MediaVest Group, ranked first among agencies, based on the number of points it amassed from awards won and entries that became finalists for awards. (SMG being comprised of two Publicis Groupe media agencies, Starcom and MediaVest, may have increased its odds of being named “most effective agency.”)

The second- and third-place finishers were creative shops Ogilvy and BBDO, respectively.

Dove, a Unilever product, was also tops among brands in the Effies competition, followed by U by Kotex and IBM. P&G, meanwhile, was No. 1 among marketers, ahead of Kimberly-Clark and Unilever.