Now That Cuba Is Fair Game, People Really Don’t Want McDonald’s and Starbucks to Ruin It 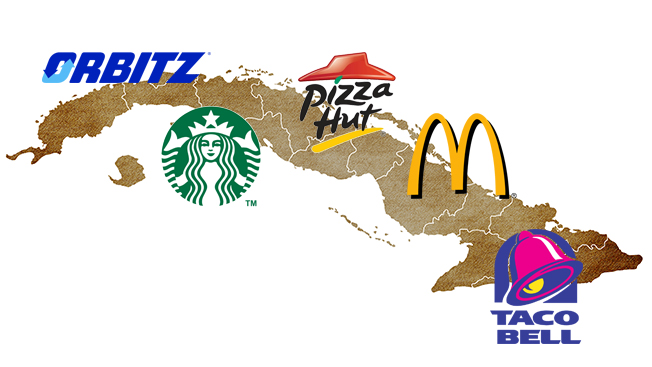 Somewhat ironically, many Americans met news of this long-awaited reconciliation with concerns that it could end up Americanizing the island nation. Twitter rapidly filled with comments from people who worry U.S. brands such as McDonald's, Starbucks, Pizza Hut and Orbitz will set up shop in Cuba and "turn it into Cancun."

According to Topsy's social analytics, more than 800 tweets with the words "McDonald's" and "Cuba" were posted in the first few hours after the announcement.

Check out some of the tweets below:

I really hope I can make it to #Cuba before McDonald's, Starbucks, etc.

Time to visit Cuba before Mcdonald's and Pizza Hut takes over

How long until I get a #Cuba travel promo email from @Orbitz ?

Great news that McDonald's will be opening 500 restaurants in Cuba.

The US opening up Cuba is huge news. Cuba is an amazing country…hope it doesn't get ruined with Starbucks & McDonald's on every corner

I guess I'll have to revisit Cuba quickly if I want to see it again before it's fully americanized. #McDonalds

All I can say is my goal was to see Cuba before Taco Bell and McDonald's littered Havana. We may post… http://t.co/XZAmQwcd0L

So the pervasive anxiety over losing at least American's concept of Cuba as a McDonald's-free zone is interesting.

Of the U.S. brands that stand to benefit from the renewed ties, Coca-Cola is chief among them. According to Business Insider, Cuba was one of only two countries where the brand didn't do business (North Korea is the other). As for Cuban brands, a top contender to benefit is Havana Club—its Cuban rum is so worthy of imbibing that many were smuggling it into the country— and should have an easy time finding an American consumer base.