New Stars, Teams and Sponsors Signal Soccer Has Staying Power in the U.S. 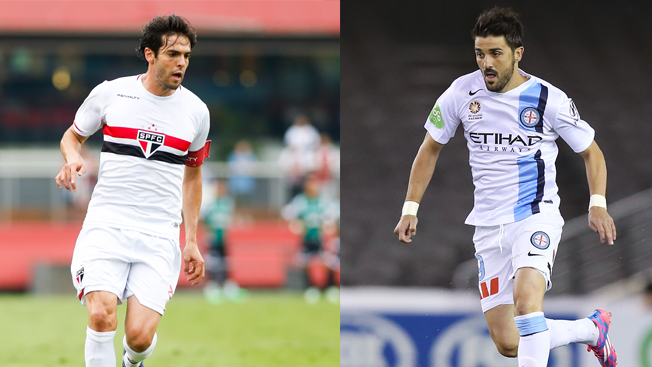 On Sunday, football stars Kaká and David Villa will face off in Orlando Citrus Bowl Stadium, kicking off the Major League Soccer season in front of a sold-out, 60,000-person crowd. While both athletes have a long history of World Cup accomplishments and international championships, it's the first time they will play for American teams. And it will be the first game for their respective new teams—the Orlando City Soccer Club and New York City Football Club.

This weekend's game is the latest indication that soccer—seen for years as a niche sport in the United States—is gaining a steady audience alongside a growing core of sponsors. With the addition of Orlando and New York, MLS has 20 clubs and plans to add four more teams by 2020. It also has four new sponsors this year.

Coming off last year's World Cup buzz, this year's momentum isn't a surprise. Typically, teams and brands get a bump in awareness during the World Cup every four years. Although, after the big tournament, Americans are known for losing interest.

However, some advertisers are convinced the sport has found solid footing here. Over the past year, MLS has added Heineken, Chipotle, Etihad Airways and Advocare as brand partners. Heineken in particular is a longtime supporter of soccer and is now putting more money into the sport with the expansion in the United States.

"The big difference that we've seen is, in the past, you'd get the World Cup bump and then it would kind of dissipate," said Quinn Kilbury, senior brand director at Heineken. "I think that soccer fans in the U.S. are finding their voice because big media companies like Twitter are allowing a place for those conversations to occur."

Heineken said data from its 2014 UEFA Champions League marketing campaign helped drive its deeper investment in the sport in the United States. Last year, Heineken used Foursquare check-ins and Twitter to promote its brand during the European championship tournament, and it recently launched a bigger digital campaign leading up to this year's finals overseas in June.

Even these European matches draw attention in the States, and Heineken created a soccer-specific Twitter handle that has 13,500 followers. Kilbury said there are 11 million U.S. soccer fans on Twitter and 22 million on Facebook.

The brewer's Foursquare campaign netted 1 million check-ins across 700,000 venues and generated 250,000 entries into a contest last year. On Twitter, the "share the sofa" hashtag picked up 1.2 billion impressions, reaching 13.4 million individual accounts during each game of last year's European championship. Heineken also ran a study on Twitter and found that the tweets boosted purchase intent by 7 percent.

"There's more of a structural change in how we're using soccer and our relationship as Heineken the brand beyond just the UEFA Champions League," Kilbury said. Heineken has doubled down on Twitter, lowered its Foursquare profile, and fallen into the arms of MLS.

Foursquare was not compatible with Heineken's new strategy, which emphasizes long-term engagement with fans on platforms like Twitter, not short-term check-in promotions, according to the company.

Meanwhile, sports publishers also are beefing up coverage of soccer in the United States. To justify that expansion, Bleacher Report points to the growth in U.S. interest in international tournaments besides the World Cup.

"There's obviously such a focus on the data around World Cup, but if you also look at the viewing of the Champions League, the Premier League and the Spanish league, with the coverage from the networks, they're all seeing huge growth," said Will Tidey, global sports manager at Bleacher Report.

For example, NBC aired last year's English Premier League championship games after buying the rights for $250 million in 2012. The broadcaster will air those games through the 2015-2016 season.

Both new MLS teams, Orlando City SC and New York City FC, are looking to piggyback on the recent rise in soccer interest outside the World Cup. They're also counting on millennials to drive ticket sales.

Orlando City's founder and president Phil Rawlin said 40 percent of his team's fans are millennials. "Our fan base is really the 18- to 35-year-olds—it's young, American males," he said.

And in New York—a city already full of hardcore sports fans—the New York City FC is finding a new group of fans. So far, the team has sold more than 14,000 season tickets, 60 percent to people who have never previously purchased season tickets for a sports team.

"The reality is we're not going to get hardcore baseball fans and convert them to being soccer fans," said Toby Craig, head of marketing communications for the team. "What we've certainly seen is that there are a lot of people in New York who are big sports fans but for various reasons haven't had a team to call their own—they're finding that now with us."