Google is first to rent the 'jaw-dropping' space 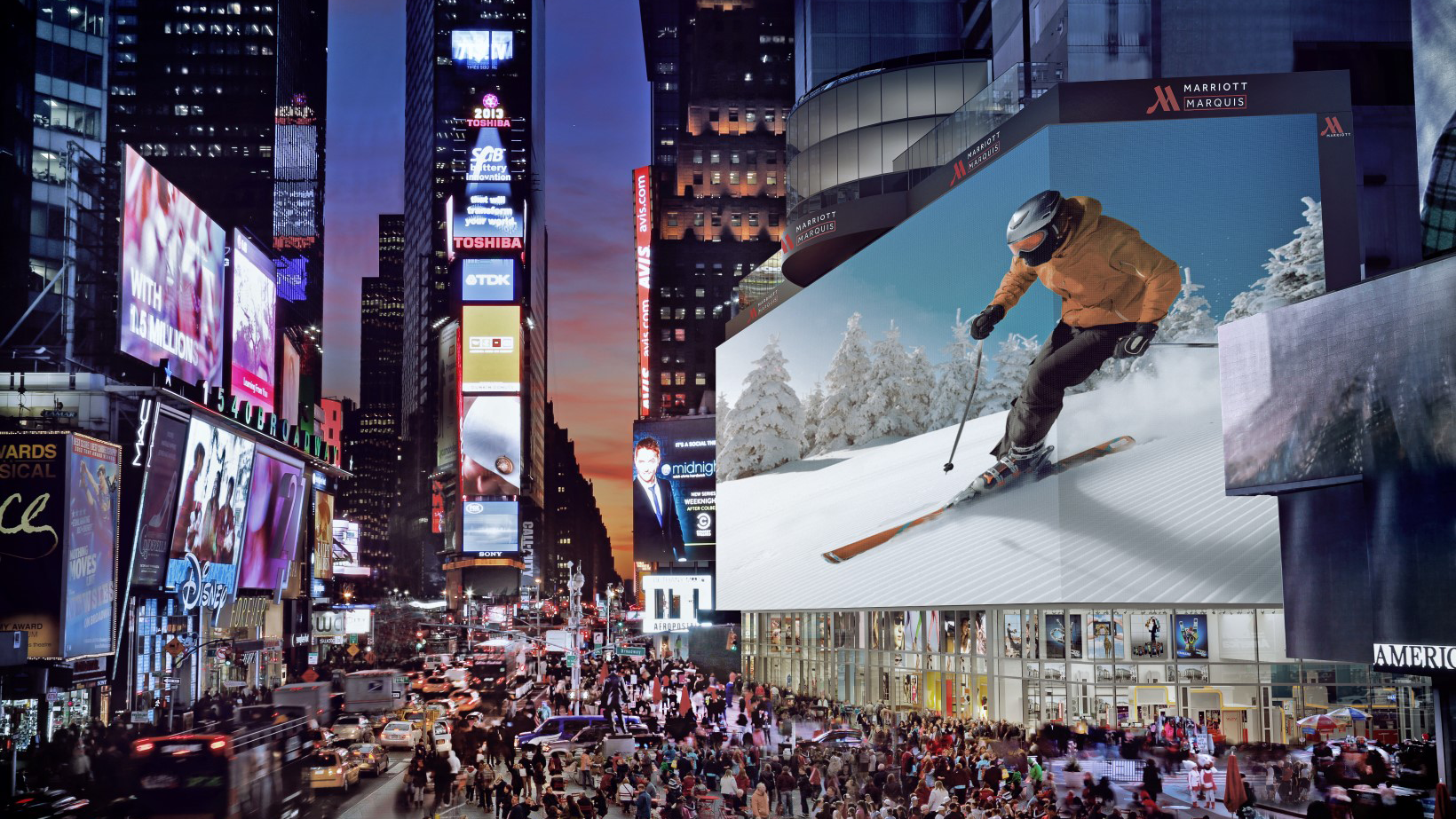 An enormous eight-story digital billboard will light up Times Square Tuesday night, and Google will be the first company to run an ad campaign on it later this month.

The billboard, which is about the length of a football field, will cost advertisers $2.5 million a month. Google's ad will run from Nov. 24 until early 2015, and a digital art exhibit courtesy of Universal Everything and SapientNitro will fill the screen until then, according to The New York Times.

Google didn't necessarily pay the full $2.5 million a month for the space though, according to The Drum. Both Clear Channel Outdoor and the tech behemoth refused to comment on the final price tag, but the Times suggested they may have negotiated a much lower fee.

There's no denying the billboard will be overwhelmingly large—even for Times Square—and it's already inducing awe in passersby who have seen it. Emily Steel of the Times wrote that as "test images of skiers and fashion models illuminate[d] the new display, tourists turned their heads to look at the sign, their jaws actually dropping."

The megascreen seems designed to astonish. The billboard will span an entire block—from 45th Street to 46th Street on Broadway. It has a higher resolution than the best television sets on the market. Plus, it's eight stories tall. As Harry Coghlan, president of Clear Channel Outdoor New York, succinctly told the newspaper: "Size matters in Times Square. Sometimes it just comes down to wanting to stand out, and it comes down to ego."

Uniquely, advertisements are part of the allure of Times Square, where tourists are saturated with lights, glossy photos and high-resolution videos. It's like wandering into a James Rosenquist painting without having to walk over to the MoMA.

The neighborhood is already a bastion of New York City tourism, with 300,000 pedestrians entering the area daily. With the famous New Year's Eve celebration broadcast worldwide from the square, Clear Channel Outdoor and Google will enjoy even wider, and taller, visibility.