The ‘Great Concoction’ of Creatives, Marketers and Open Minds Is What Makes Cannes Work 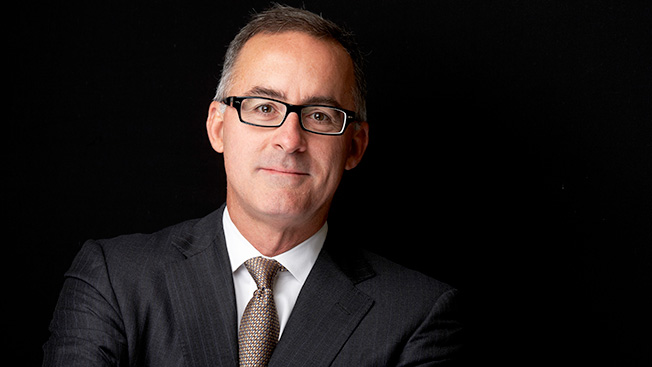 Jim Stengel's history with the Cannes Lions International Festival of Creativity dates back to 2003, when, as global marketing chief of Procter & Gamble, he and a team of colleagues stormed the beach in search of creative inspiration. At the time, agency creative leaders vastly outnumbered chief marketing officers at the confab, but since then the marketing ranks have swelled. Stengel is no longer at P&G (he left in 2008), but he still goes to Cannes each year, to teach courses in the festival's CMO Accelerator Programme and Young Marketers Academy. This year, he'll also speak to marketing leaders at pharmaceutical companies. In a look back, Stengel explains why P&G first went to Cannes and how the consumer packaged goods giant's relationship with Wieden + Kennedy began.

Adweek: Tell me about P&G's first trip to Cannes.

Stengel: We started with about 30 people in 2003. The objective was really to use the week to shake us up, to elevate our standards, to make us a much better partner, a much better client, to change our framework for what we thought excellent was. And it did all those things and more.

How did you meet Dan Wieden?

In year two, I asked Dan to come present to the P&G contingent. So, that would have been 2004. Then I started a relationship with Dan. I went out to visit him in Portland. I invited him to Cincinnati. He'll tell you this too. We both said, this is either going to lead to just amazing stuff or it's going to be the worst disaster in history. And really I think if you asked him right now, he would say the P&G relationship made them a better agency and certainly the relationship made P&G a far better client. And it has led to him getting a lot of CPG work, which I don't think ever would have happened without the P&G relationship.

What were the first assignments?

This 2010 ad from Wieden helped spark a sales revival of Old Spice and to date has generated a staggering 51 million views on YouTube:

So, in that context, Cannes has become more of a place to do business than just an awards show.

That's very fair to say. I'm on the board of AOL. We sold to Verizon. It hasn't closed yet, and I can tell you it's a very productive week for AOL, meeting clients, getting business done.

Why do you think that is?

Everybody is there for more than a fly-in and because everyone is there it makes for a really great concoction. You know, it's still a creative festival, it's still an awards show, of course. But because of the people there and the mood that they're in—they're open to new ideas, they're open to meeting different people in ways that they're not in day-to-day business. And that leads to some really good stuff.