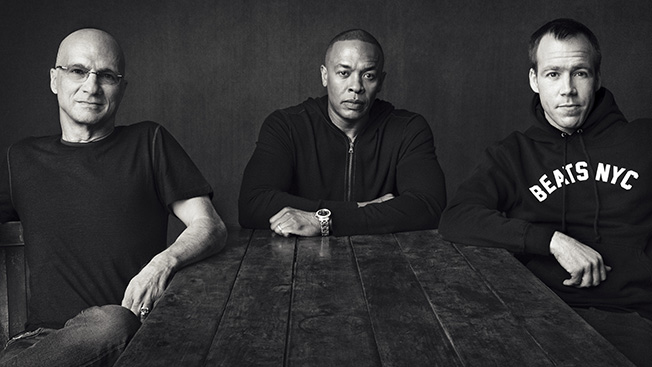 Beats Music’s announcement that in its first month of offering streaming music it signed up 1,000 subscribers a day is very impressive, but not surprising.

The streaming music business is very crowded, with the likes of Spotify, Pandora and Rdio, to name a few, which is why many industry vets are scratching their heads, wondering how this platform, barely out of diapers, is so aggressively succeeding. The answer is a lesson on the importance of building trust and credibility with customers.

With Beats Music, we have to go back to 2008 to its origins with Beats under the helm of Dr. Dre and Jimmy Iovine. Built upon the reputations of the superstar rapper and Interscope-Geffen-A&M Records chair, Beats entered the music industry at a time when fashion, technology and music were truly beginning to intertwine—and timing and the name recognition of its founders helped generate $1 billion in sales over 2010-2012 and gave them 50 percent of the premium headphone market.

One of the avenues Beats used to effectively speed that success was social media. Beats always had a strong presence with a very large and loyal YouTube audience of almost 200,000 subscribers and regularly ran YouTube commercials. Beats made YouTube a destination for headphone users with interactive channels and interviews with popular artists. Continuing to expand, Beats Music was launched in January 2014 to a collective sigh across the music and digital industry. Could Beats Music succeed in a very crowded streaming music business?

First, Beats put a stake in the ground by making it strictly a paid service. Many, including myself, were unsure that consumers would be willing to pay for music they could get free elsewhere. It took me back to the days of Napster and free, pirated music. History, it seemed, wasn’t on their side.

Over the past decade, we've had serious commitment issues with our music, paying as we go on iTunes. With other streaming music services, a majority of users don’t pay for the ad-free subscription. To put that in perspective, Spotify has about 6 million paying subscribers with 25 million total listeners, while Pandora has about 2.5 million paying subscribers with about 70 million total listeners.

Just how could Beats Music work for $9.99 per month? Beats spent years cementing its brand into the minds of the public as a trusted audio company and had a brilliant campaign to introduce their streaming music service to the world.

With two successful Super Bowl ads, Beats Music introduced itself during the most-watched night of television. It leveraged its talent and connections to create a new form of influencer marketing that goes beyond bloggers and brings it back to celebrity partnerships. Available across app stores and through cellphone providers as a part of monthly billing cycles, Beats Music makes it easy for consumers to pay and play. And they made it initially free, so customers knew what they were getting. As a result, the quality of the brand made it worth the nominal monthly fee.

Beats Music hit the ground running by working off an already established brand. But this didn't happen overnight, and companies should recognize the time and energy Beats put into its brand. Beats spent years cultivating its base by growing its headphones as an exclusive product that celebrities and regular people could use. From there, the brand was able to branch out into the market beyond headphones. Beats stereos were in cars and in computers—and guess what? It worked because Beats was already known for superior performance and was trusted by the consumer by the time Beats Music was introduced.

Another tactic Beats is passing down to Beats Music is utilizing the right celebrity endorsements. It is important that brands just don’t go after a celebrity for the name. They should look at how they fit into the brand.  Beats did it the right way and went for carefully selected celebrities that were known for their cutting-edge sound and fashion, like Lady Gaga and Pharrell. Beats Music used Rev. Run and Ellen DeGeneres to promote its service as a user friendly, easy and fun platform that everyone could enjoy.

Let’s not forget the power social media had in cementing Beats into the public space. Beats did this early with YouTube, Facebook and Twitter. They interacted with consumers and won fans and engagement. Beats Music follows suit with its unique—and socially savvy—mood-themed playlist offering.

Beats Music has some great traction moving into Q2 of 2014. The subscriber numbers are impressive and sure to sway a few skeptics as whispers of an IPO begin as the company increasingly supplies the music that is coming out of its own headphones.

It leads many to wonder: Maybe the Internet didn’t really kill the radio star?  What if Beats Music just brought the radio star back to life?