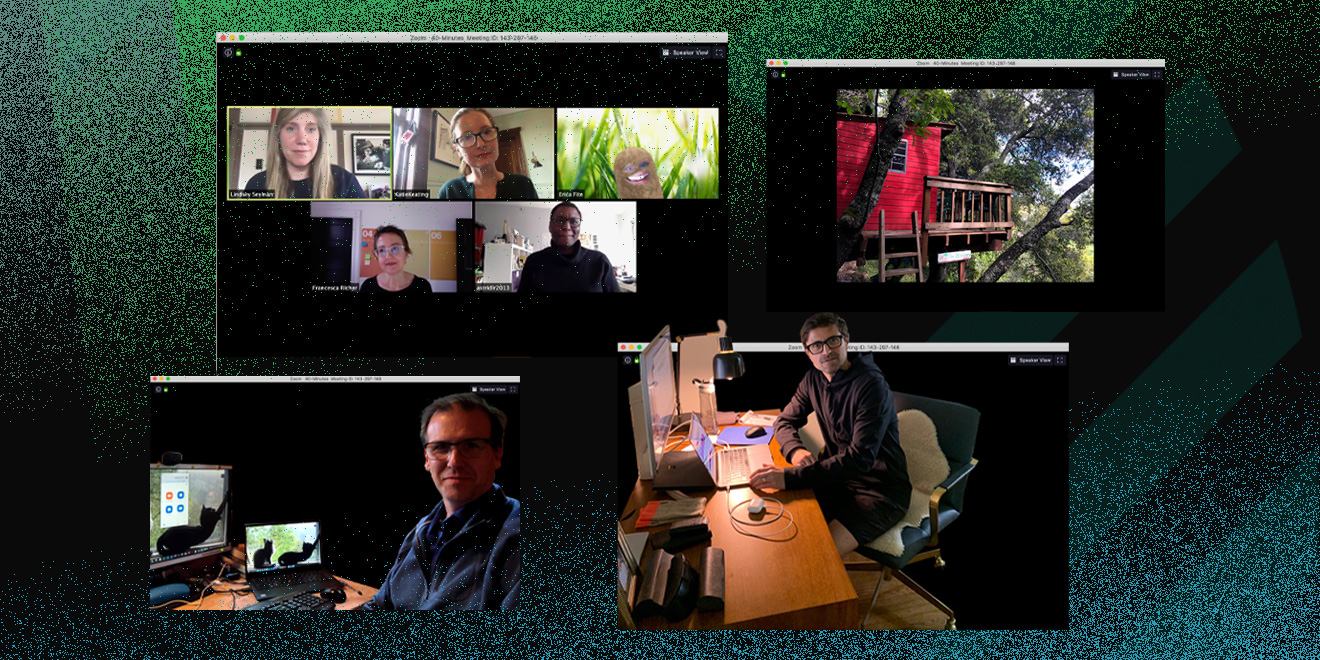 Agencies are adjusting the way they pitch, relying on building human connections from the comfort of home via the computer screen. Photo Illustration: Trent Joaquin

In a matter of just a few weeks, COVID-19 shut down offices across the country.

As agencies work remotely, they’ve found much of the work they do can still be accomplished from their living rooms, bedrooms or even tree houses. However, agencies can no longer meet face to face with potential clients, derailing opportunities to build critical relationships. Instead, they’ve retreated to slimmed down Zoom meetings and Google Hangouts, where mishaps—a toddler banging on an agency exec’s locked door, a cat snuggling up around a client’s neck, a chief marketing officer sitting so still the agency couldn’t tell whether his Google Hangout was frozen or he just wasn’t moving—can hamper their efforts to win new business.

In normal times, such faux pas could tank a potential relationship, but in our new normal, the rule book is mostly out the window as agencies and brands are forced to connect on more of a human level.

“There’s definitely an openness, and it’s adding a little bit of humor and lightheartedness,” says Lindsey Seyman, managing partner, Fancy. “It’s a nice giggle when all of a sudden there’s an 18-month-old who shows you a toy in the middle of a serious conversation.”

In this period of uncertainty, agencies know business must continue, which means pitching for new business via computer screens. Adweek spoke with nine agencies—180LA, barrettSF, Curiosity, Empower, Fancy, Glow, Johannes Leonardo, Madwell and Y Media Labs—about how they’re building pitch decks, rehearsing their pitches and meeting with clients, and why they’re optimistic about new business pitches in general during a sinking economy.


Many of the agencies Adweek spoke to for this story remain optimistic that new business opportunities will continue to roll in throughout Q2. Many say few pitches have been paused or canceled so far. But there is more concern over the second half of the year and whether campaigns and projects will have to be downsized.

While work might diminish over the next couple of months, Ben Myers, Johannes Leonardo’s head of business development, says JL is encouraged by clients asking the agency what they need to do in the second half of the year. “Once things turn on, they need to turn on,” Myers says.

Empower president and chief operating officer Rob FitzGerald sees a potential slowdown happening in Q2, but the second half of the year could offset those losses thanks to a “sudden rush to get business back to normal,” he said, “a backlog of pitches waiting to happen and agency contracts coming to an end that are mostly calendar year.”

To stay afloat now, agencies are trying to shift their thinking to find new ways to help their clients.

“We’re looking at every client that barrettSF has as a partner right now, and saying, ‘Hey, how can we support them in the best way?'” says Jillian Davis, director of brand strategy, barrettSF, adding the agency is looking at different projects and one-off ideas clients can do until things return to normal.

Glow president Howie Kleinberg says he knows the agency won’t get through the current situation scot-free. The longer the lockdown continues, he says, the more likely agencies like his are to take at least some kind of hit. He’s exploring ways to pivot his business toward consulting for some clients instead of just creating marketing campaigns.

Building pitch decks and rehearsing from the comfort of home

In the office, building a pitch deck for most agencies doesn’t require a formal process. Everyone knows what needs to happen and in what order. But virtually, agencies are establishing stricter guidelines.

“Every step of the process is defined. What might have been informal, like ‘Let’s all get together in a room,’ is now part of a formal digital check-in process to make sure that all the steps that get us there are actually happening,” says Madwell co-founder and CCO Chris Sojka.