Campaign invites all to sample the 'freedom to roam' 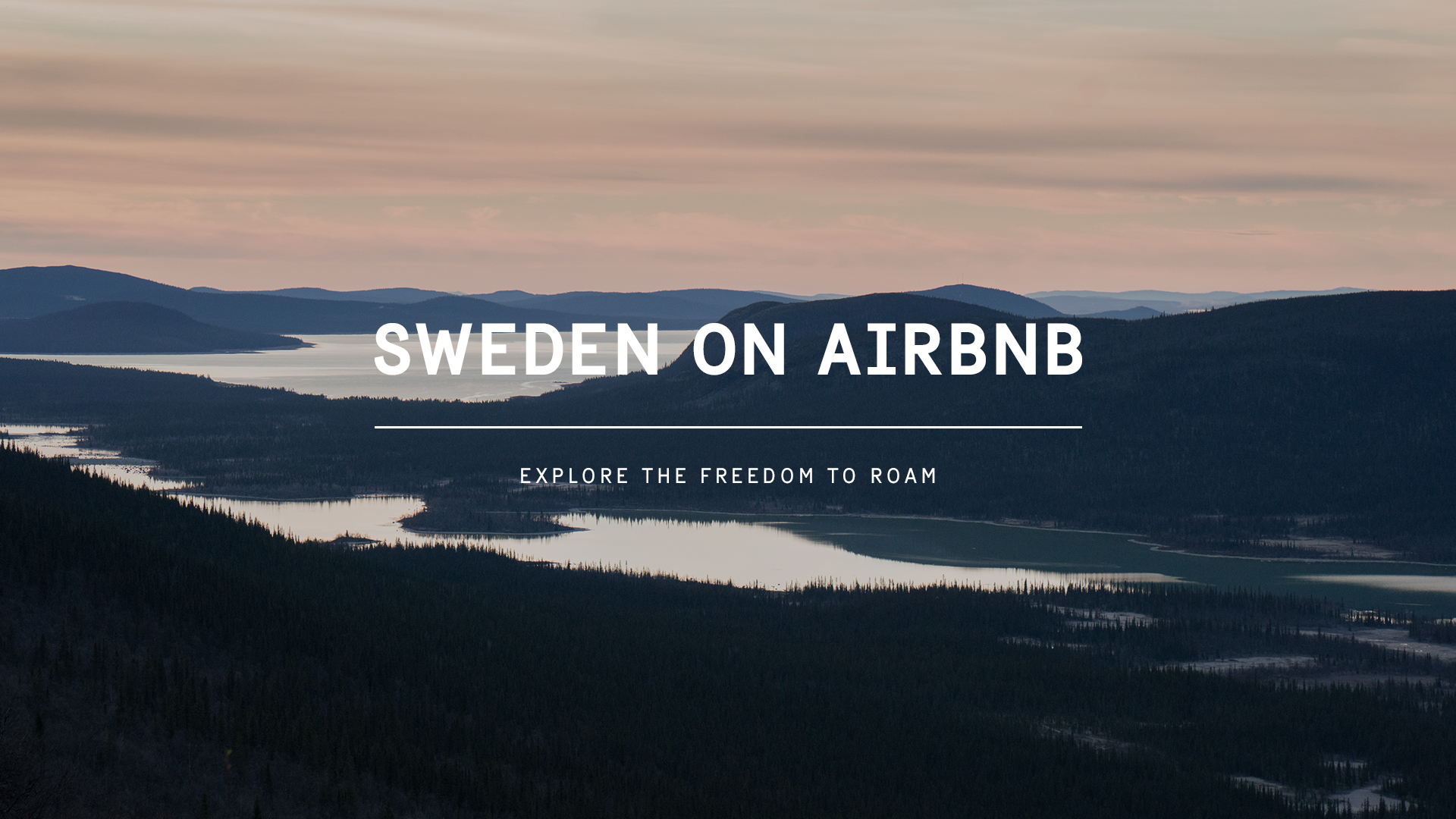 The campaign by Forsman & Bodenfors is the latest in a string of creative efforts to boost Swedish tourism.
Visit Sweden
Share
By Patrick Coffee
|
May 22, 2017
Share

At nearly 173,000 square miles, the country of Sweden is a little bit bigger than your average apartment or mountain house.

But true innovation knows no physical or virtual boundaries, and the official tourism group Visit Sweden proved that point this week by listing the entirety of Scandinavia’s largest country on Airbnb.

Curious globe-trotters with a penchant for fresh air can explore everything from the Smygehuk Headland at Sweden’s southern tip to the northernmost monuments of Three-Country Cairn, where Sweden meets its Norwegian and Finnish neighbors.

This brilliant campaign by Forsman & Bodenfors, the formerly independent Gothenburg agency behind Volvo’s “Epic Split” campaign that was acquired by MDC Partners last year, wouldn’t really work without the freedom to roam.

Allemansrätt, which roughly translates to “the right of public access,” is an established part of Sweden’s constitution allowing both locals and visitors to access any land (with the obvious exception of private residences) within a certain distance of a “dwelling house” or farm plot.

“This right enables the Swedish people to experience nature and enjoy the beautiful Swedish wildlife,” said Visit Sweden U.S. manager Jenny Kaiser. “In Sweden, we have everything from high mountains to deep forests, from beautiful archipelagos to quiet meadows. Now, together with Airbnb, we welcome everyone to come to Sweden and, through freedom to roam, share our wonderful nature.”

“Sweden on Airbnb” is not the first creative effort to boost Swedish tourism in recent years. “The Swedish Number,” which chooses a random Swedish “ambassador” to handle every call to the number, promoted the Swedish Tourist Association and won a direct Grand Prix Lion for WPP agency Ingo at Cannes in 2016. Since 2012, Visit Sweden and the Swedish Institute have also run “Curators of Sweden,” a program managed by local agency Volontaire that hands over the reins of the official @sweden Twitter account to a new citizen every week. In February, Adweek talked to one particularly sharp young man who used his time in the hot seat to address and correct a newly elected President Trump.

“We are very excited to welcome Sweden on Airbnb for everyone to explore,” said Airbnb general manager for Northern Europe James McClure, describing the partnership as “a first of its kind collaboration between a tourism board and Airbnb.”

Of course, nothing is truly free. Interested parties can scroll past the fictional listings inspired by places like this “magnificent rocky island located in the Stockholm archipelago” to find legitimate Airbnb rentals with more market-appropriate prices.