The CEOs of IPG, MDC and more weighed in at Advertising Week 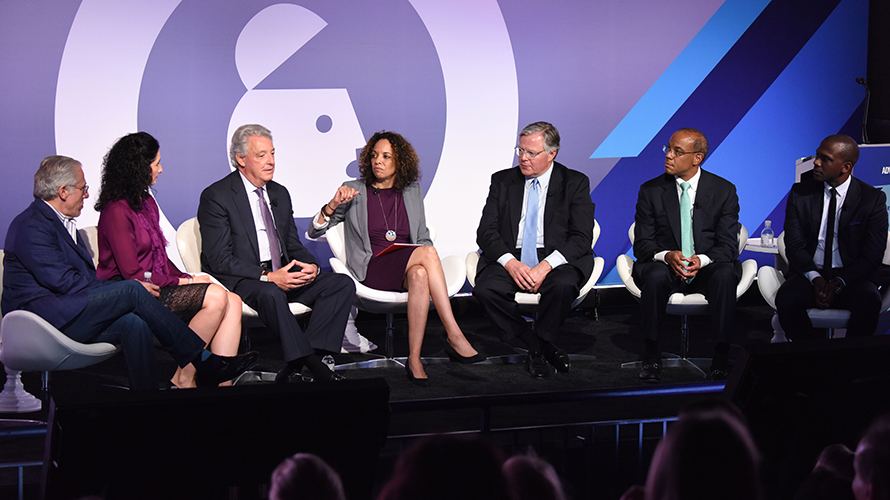 “There’s a unique position this industry is in to shed light on what ails us and make the world a better place,” MDC Partners CEO Scott Kauffman said at Advertising Week’s CEO Action for Diversity and Inclusion panel on Monday, which was moderated by Fortune senior editor Ellen McGirt.

This past summer, fellow panelist and IPG CEO Michael Roth wrote an internal memo addressing the preceding weekend’s violence in Charlottesville, Va., which he called “an issue of basic humanity, and standing up for what is right at a particularly difficult moment.” He was the first industry leader to tackle the topic.

“We were saying things and people were reacting to the very being, the comments I received from clients and employees was ‘Thank god someone is speaking out and saying how important this is,’” Roth said of the reaction to his memo.

“Our people needed to know that the organization stood for principles that were consistent with their identity. It was an opportunity to make sure they knew that,” he said, adding that the question now is, “How do you instill that in the DNA of your organization to make sure it’s not just talk, you’re actually doing something about it?”

“If there’s anything we have the ability to do it is to change hearts and minds,” said Butler, Shine, Stern & Partners executive creative director Keith Cartwright, who is a co-founder of the Saturday Morning Initiative dedicated to “peaceful conversations” on the issues of our time.

Hudson pointed out that the majority of his senior team are women or people of color and that he took “a lot of pride in working in that direction.”

Brunner shared that WP Engine’s workforce is one-third ethnically diverse and 5 percent LGBTQ—and that 35 percent of employees arrived at the organization without a college degree.

On that last point, Brunner noted that the decision to “open that opportunity for them and invest in them when they come in” is “paying incredible business dividends and creating a culture that’s incredible to be a part of.”

“We have to fight for civil rights every single day we’re in the boardroom,” Richards said, asking important questions about diversity, “to measure on the people side, on the purchasing side and philanthropy.”

Roth, Kauffman and Cartwright added that, while advertising has made progress, it still has a long way to go. Cartwright noted that,“nine times out of 10,” he’s still “the only creative at the boardroom table” who is not white.

“Creativity can’t be contained,” he added. “These creative people are out there and you can’t contain it; they’re just finding other outlets.”

“There are a lot of younger people in our industry,” Roth said. “The issue is, do they rise in the company? We have to do something about it, can’t [just] talk about it.”

“I’m intolerant of intolerance,” Kauffman added. “We are on a journey that is not going to end, at least as long as I’m on this planet. We are swimming against a tide of hundreds of years of history, and I think we have to keep pressing on.”